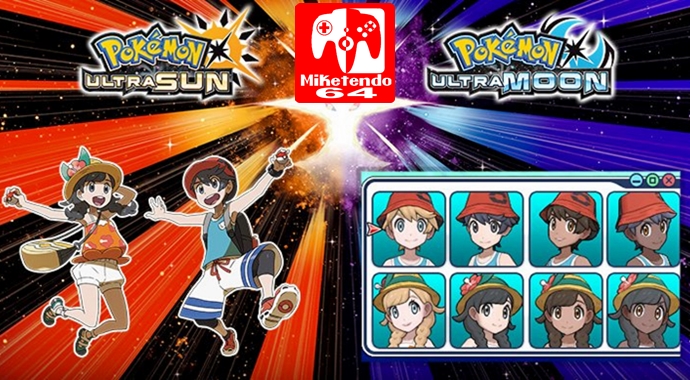 More than 400 Pokémon Revealed for Ultra Sun & Ultra Moon and a Whole Load of All new Details!

Calling all Pokémon fans everywhere, the motherlode of Pokémon Ultra Sun & Ultra Moon news has dropped and we’ve got it all right here, in both video and written form, so let’s Dig in!

First up, for those of you planning on returning to the Alola region, there are now more than 400 Pokémon to be caught and added to your Pokédex as Pokémon that weren’t previously discoverable the first time round are now making an appearance now. 2 such Pokémon are Houndoom, who is an exclusive to Ultra Sun and Manetic which is an Ultra Moon exclusive. Other new Pokémon revealed can be seen with the image below:

There is also a new Ride Pokémon by the name of Mantine Surf and more details on the new Alola Photo Club and we’ve got all the details on both right here:

Ride the Waves with Mantine Surf!:

In Pokémon Ultra Sun and Pokémon Ultra Moon, you’ll be able to have fun with Mantine Surf, a sport that lets you do some surfing while riding on Mantine’s back. Mantine Surf isn’t just a way to get between islands—it’s also a sport where you compete for the highest score by pulling off different cool moves! Try to become a top-notch Mantine Surfer by riding Mantine like a pro!

But even then that’s not all the news that has been shared, as there are one final snippets for you to get a mouthful of and the first is the fact the Island Challenges are back with Mina now having a Trial of her own, and those details can be seen right here:

We hope you enjoyed today’s news as much as we did and join us again for the next news drop!