Starfox 2 Manual Has Been Published On Nintendo Japan Website 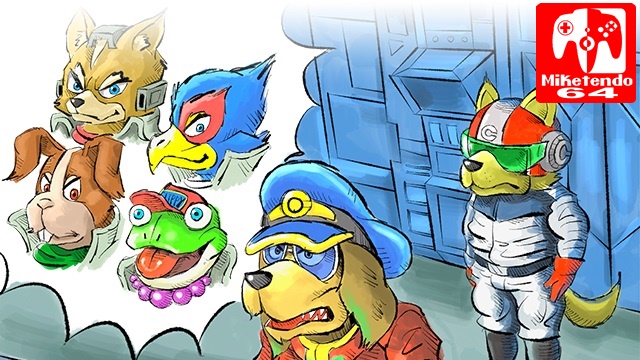 With only a few weeks to go before the launch of the SNES Classic Edition, Nintendo have uploaded the Instruction Manual to the never before released StarFox 2 on their Japanese website. The Manual is fortunately in english so there will be no need for translating. Along with the manual, some artwork for the game was also released including these two images here which includes some early concept art for Team StarWolf.

The manual comes with an opening story introduction like most Instruction Manuals from way back then. Here is how the story of StarFox 2 begins:

The battle for the galaxy is over. The evil emperor Andross’s plans to seize control of the once-great Lylat system have been thwarted by the army of Corneria – thanks in no small part to the brave deeds of elite fighter squadron Star Fox. Their mission accomplished, Fox McCloud and his team depart once more for the deep expanses of space, sent off by the cheers and adoration of Corneria’s grateful inhabitants.

Andross has survived. Consumed with desire for revenge, he plots an invasion even more terrible than the last. The people of Lylat cannot know it, but the peace they are enjoying is doomed to be short-lived. And sure enough, one fateful day, the forces of Andross attack once again.

Taken completely by surprise, the planets of the Lylat system fall one by one to Andross’s advancing army. Corneria, at the hub of the galaxy, now lies exposed and within the clutches of the maniacal emperor!

“We’ve lost every outpost. The way things are going, we may struggle to hold Corneria…”

Musing on the grave state of affairs, General Pepper of the Cornerian army knows there is one last resort.
“Get me Star Fox! The galaxy needs their help!”

Star Fox is back. With upgraded Arwing fighters and two new members drafted from the Cornerian army, they’re tougher and meaner than ever before. This time, they will put a stop to Andross…for good.

If you would like to check out the full manual, you can find it here. Design documents were also published on the website and can be downloaded in PDF form here, along with design documents for the Arwing as well.