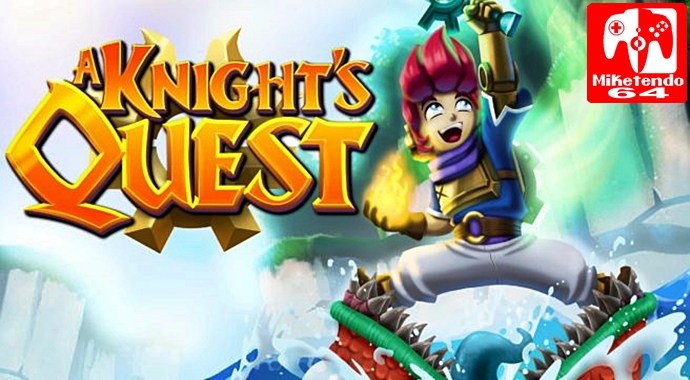 [Press Release] A Knight’s Quest comes to Nintendo Switch in 2018, but will be Playable at Gamescom 2017!

Curve Digital will reveal A Knight’s Quest at Gamescom 2017:

(The UK publisher behind Dear Esther, Thomas Was Alone, The Swapper and more introduces a new 3D adventure game)

Curve Digital is happy to announce that A Knight’s Quest, a third person action adventure developed by Toronto-based studio Sky9 Games, will be playable at Gamescom from the 22nd to the 24th of August.

A Knight’s Quest pays homage to the classic 3D adventure games of the past and puts players in the shoes of Rusty, a reluctant hero who sets out to save the world after accidentally endangering it.

Rusty must explore the enormous game world – packed full of dungeons, side quests and secrets to discover – to defeat the evil spirit he released into the world after a mishap with a magical vase.

Players must defeat enemies using the game’s epic combat system, overcome tricky puzzles using elemental powers and master the world-bending powers of the Spirit Shield to help him save the day.

A Knight’s Quest also boasts a rich sense of humour. Packed full of jokes and mischievous side quests, the game is both a loving homage and a pastiche of the series it’s based on – offering fans of the series a plenty of laughs along the way.