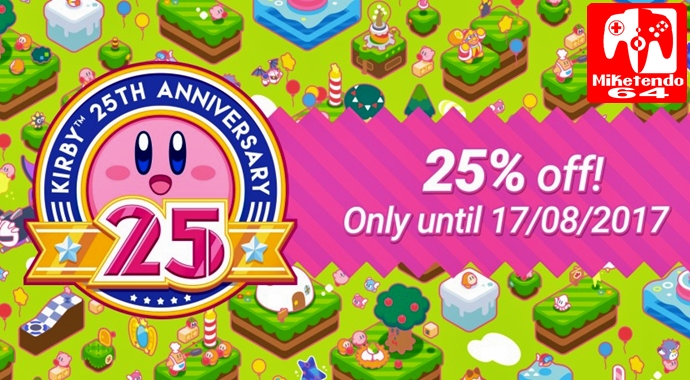 Kirby may not be making an appearance on Switch until 2018, but he’s made plenty of appearances on the likes of many other platforms and thanks to an all new European sale, the games are now even more affordable and here’s Nintendo UK with the complete lowdown:

You can download new games, applications and other content from Nintendo eShop on your Nintendo Switch, Nintendo 3DS family system or Wii U, and also via this website*.

It’s Kirby’s 25th anniversary! To celebrate, you can enjoy 25% off select titles starring the loveable pink puffball as part of our Kirby 25th Anniversary Sale.

There’s also some new Kirby My Nintendo rewards as described below:

Will you be making a purchase or two? You know you want to!