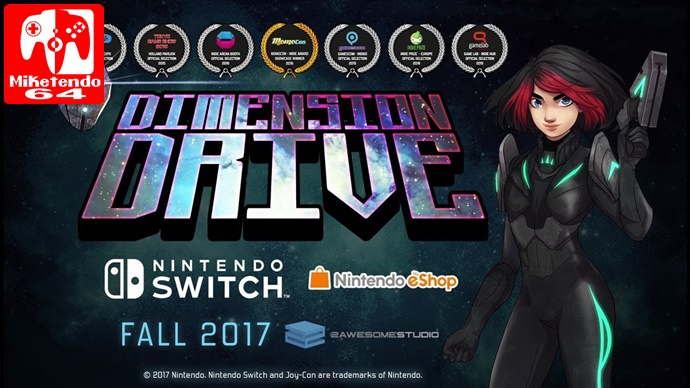 2Awesome Studio has announced that their Space shooter Dimension Drive is making its way to the Nintendo Switch this Fall.

This is what 2Awesome Studio have to say about the game.

“Dimension Drive is a space shooter that challenges your skills in entirely new ways. Play two games at once on this dual battlefield madness set on a comic book universe. You can also unlock various weapons by finding secret data cubes. Single-player and local co-op modes are included.”

If you are attending Gamescom next month, you will be able to play Dimension Drive for the first time on Switch at the Indie Arena Booth. We have included a trailer for Dimension Drive below.