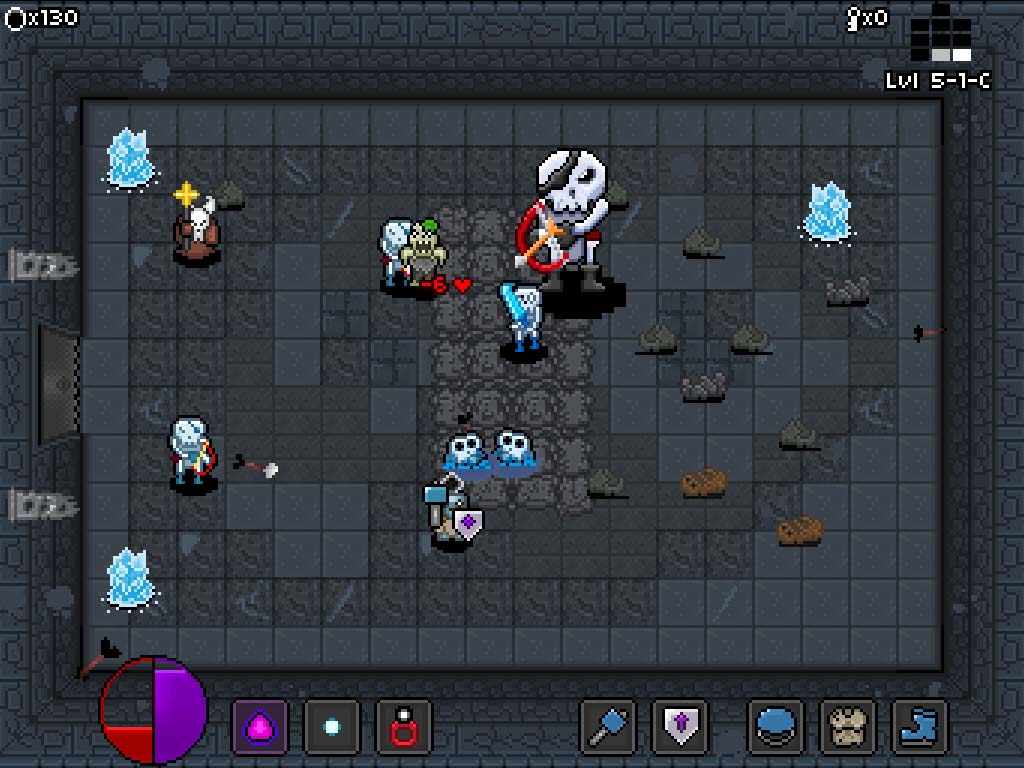 July 16, 2017 4:55 am Published by themancalledscott Leave your thoughts

Bit Dungeon Plus looks to bring some old school challenge to the Nintendo 3DS, and while the concept does deliver on that to a degree, it ultimately suffers from a lack of polish and (in my case anyway) some notable technical issues.

Bit Dungeon Plus has an obvious inspiration in The Legend of Zelda: A Link to the Past. It uses the same top-down perspective, and even utilizes 16-bit graphics. Players take control of a knight, who can obtain new weapons, armor and magic spells along their journey. After a set number of enemies are defeated, they can even gain levels like in an RPG. Upon gaining a level, players can choose to upgrade their maximum health, their attack power, or the strength of their critical strikes. Players can find health and magic restoring formulas by defeating certain enemies and breaking objects. Additionally, you can buy special upgrades and items by finding secret shops hidden inside of dungeons.

All of the action in the game takes place in these dungeons, which are randomly generated. What enemies and items you find in the dungeons will be different in every playthrough, and once you defeat a dungeon’s boss, you can move on to a more difficult dungeon.

Here’s the part of Bit Dungeon Plus that I found refreshing and original: when you die, you have to start all over, losing any levels you gained and increased stats you’ve acquired. However, any of the weapons and armor you’ve found can be equipped on your starting character in the next run through. So in each playthrough, you’re likely to find better weapons and armor to help you the next time around.

The core concept behind Bit Dungeon Plus is fun and may have you intrigued to keep playing for a while. Unfortunately, the game has some glaring rough edges.

For starters, close-range enemies are essentially a non-threat, as they move incredibly slowly (if they move at all), and never seem to attack. If a ranged enemy attacks with a fireball or arrow, you can easily defend from the damage by holding up your shield. But with the melee enemies, you basically don’t have to worry about taking damage. Just walk close enough and swing away.

There also could have been a bit more balance with the character progression. After increasing my attack power just a few times, I was able to take down bosses with three or four presses of the A button. As fun as the general idea behind the game is, the difficulty curve seems almost untested, as you can become close to unstoppable all-too soon.

In fact, when I did become this powerful, my play session only ended because the game crashed. In fact, Bit Dungeon Plus crashed on me on two different occasions! And I should add that I have never had a 3DS game crash on me in the past. I also experienced some graphical errors and freeze-ups during the game.