Namco Museum Comes to Switch on July 28th for NA & EU Regions and Features Pac-Man Vs. 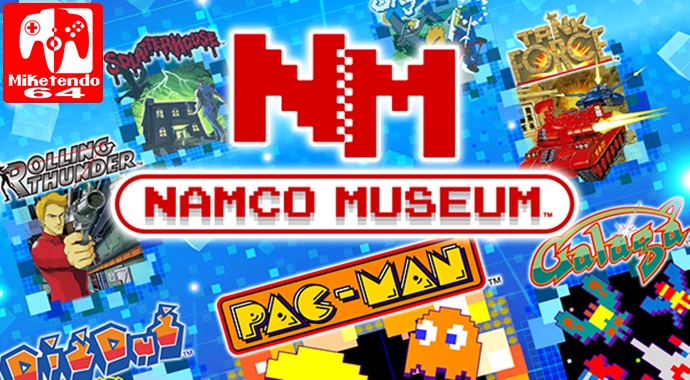 We were praying for a Western release and our prayers have been announced!

Bandai Namco has announced that Namco Museum for Switch will also be coming West after all, releases on the 28th of July, have revealed it will also feature Pac-Man Vs. and provided the following trailer and overview:

PAC-MAN VS. is a four-player game based on the PAC-MAN series, originally created by Toru Iwatani. It was developed by Nintendo in 2003 under supervision by legendary game designer, Shigeru Miyamoto. In PAC-MAN VS., three players work together as the iconic ghosts and hunt down the fourth player, who has taken on the role of PAC-MAN, as they evade the ghosts and clear the maze of Pac Dots. Two Switch units are required to play as up to three ghosts play on one console and the PAC-MAN character plays on the other.

With NAMCO MUSEUM, players will be transported back to the days when coin-operated arcades reigned supreme for a truly nostalgic experience. Through the Nintendo Switch, retro arcade classics can be played anytime, anywhere, and against anyone through the game’s online ranking system (PAC-MAN VS. will not be supporting online ranking system). Players nostalgic for the classic coin-op era can transform their Nintendo Switch into a miniature arcade cabinet by turning the handheld console vertically for a taller, slimmer screen that replicates the original arcade experience. The NAMCO MUSEUM classic catalog includes favourites from Namco’s classic arcade collection, including PAC-MAN VS., PAC-MAN, Dig Dug, Galaga, Galaga ‘88, The Tower of Druaga, Rolling Thunder, Rolling Thunder 2, Sky Kid, Splatterhouse, and Tank Force.

One thought on “Namco Museum Comes to Switch on July 28th for NA & EU Regions and Features Pac-Man Vs.”