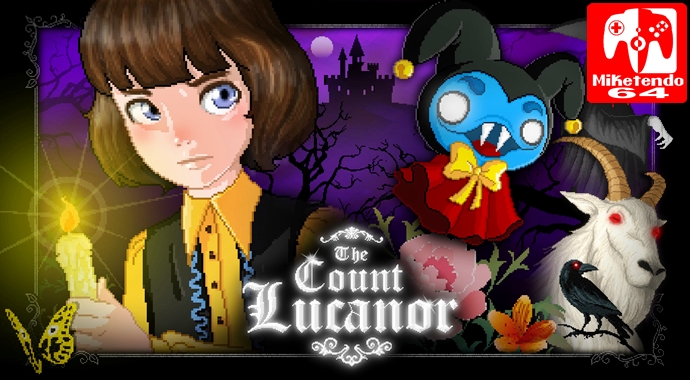 The Count Lucanor is Coming to Switch and is Playable Right Now at GameLab!

*All photos and game details in this article was exclusively given to us by Ratalaika Games. Be sure to apply credit accordingly.

I hope you’re ready to learn about a forthcoming Switch game that hasn’t been officially announced yet, as today we’re going to be writing about such a game!

Developed by Baroque Decay and brought to Steam in 2016, The Count Lucanor is a “Mystery and Horror Adventure” game with multiple endings and despite an official announcement by its developer, or even the game’s publisher, regarding a Switch release, the Switch version is actually playable right now in Barcelona, Spain at an event called Gamelab.

It has already been previously revealed that The Count Lucanor is coming to PlayStation 4, Vita and Xbox One, with a physical releases planned for PlayStation 4, and PayStation Vita, but the game is also coming to Switch and you can check out a couple of Gamelab pics right here, of the game’s set-up:

For anyone who would like to know more about the port, which is being handled by Ratalaika Games, we have plenty of details for you right here:

Join Hans in a fantasy world and experience a unique adventure, full of surprises and challenges. Get hooked on an immersive tale, where every decision counts and every clue is a piece to solve the puzzle and get the treasure. Unravel the sordid secrets of the castle, meet colorful characters, and remember: horror always lurks beneath the surface.

With a retro, halfway-between-8-and-16bit style and inspired by classic games like The Legend of Zelda, Yume Nikki, Silent Hill or Dark Souls, among others, The Count Lucanor is an amazing mystery and horror adventure set in a fairytale world. The game features important choices, alternative endings, secrets and diﬀerent ways to solve puzzles.

Once upon a time, there was a poor boy named Hans who lived with his mother near the woods. On his birthday, the boy had no presents nor sweets. He got so upset he decided to leave home for good. Before he left, his mother gave him his grandfather’s cane, some cheese and three pieces of gold. Hans walked into the forest in search of adventure. Soon it was night and the boy was really scared, so he tried to go back. But then, a quaint kobold happened to cross his path and Hans decided to follow him to a castle. The kobold told him he would inherit great wealth if he passed a simple trial… guessing his name. Trapped in the castle, Hans will live a spooky mystery, fantasy and horror adventure to become the new Count Lucanor.

For anyone who was hoping for some Switch focused differences though, get ready to be disappointed as The Count Lucanor for Nintendo Switch is a straight up port and does not make use of the Switch’s HD Rumble feature and nor does it feature touch-screen controls in any capacity. It does however promise to be a great game to play regardless though, what with being so well received when first brought to Steam.

With regards to the other games Ratalaika Games have playable, there are none. The Count Lucanor is the only offering, but it is a pretty sweet offering and worth checking out when it releases!