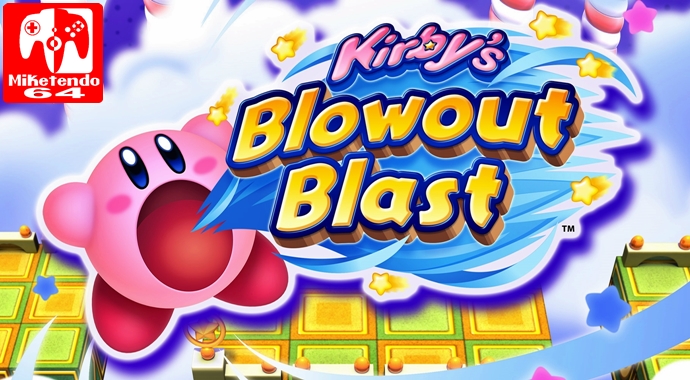 Kirby’s Blowout Blast may have been missing from Nintendo’s E3 antics, but it is very much so still on the way as the game is set to launch next month!

According to the Japanese trailer for Kirby’s Blowout Blast, the game will release in Japan on the 4th of June, with the North American release stated by Nintendo of America to occur on the 6th of July, which you can see in the tweet below:

At this moment in time, no EU release date is shared, but it shouldn’t be too long before one is, so until such a thing happens, for now you’ll just have to settle for some new game details:

Now while that does conclude the new details shared on the official site, there are two other things worth mentioning, which are both about a very special download card of Kirby’s Blowout Blast being available for purchase at Lawson stores in Japan. Not only will buying the card get you the game, but it will also get you the very awesome 3DS theme you can see in the image below, followed by an image of the actual download card, which is essentially a pre-paid eShop card: