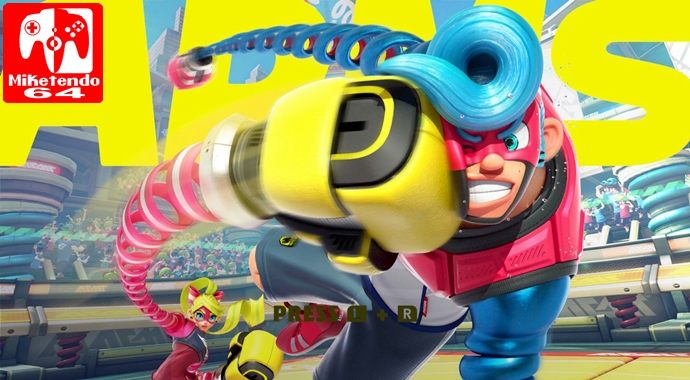 ARMS hasn’t even been out for two weeks yet and already sales are doing good!

How good? Well according to Dengeki and Media Create, in the first three days alone ARMS had sold around 100,000 units. It may not be as high a seller as Mario Kart 8 Deluxe, which is the top selling Switch game for Japan that sold 355,000 units in first week and 576,000 in total, but ARMS is off to a great start. Not only has it sold through 70% of its initial shipment in such a short time, for a console that has only just surpassed 1 million sales in Japan, but compared to Splatoon, which sold 145,000 units in its first week for Wii U, a console that had over 2,356,000 consoles in the hands of gamers the world over, ARMS is actually performing better.

Sure sales may drop somewhat, especially as the release of Splatoon 2 draws near, we have still yet to hear the Western sales for ARMS that are believed to be even more favourable. Plus we do have some free dlc landing in the next week as Spectator Mode arrives, followed by Max Brass who joins the ARMS roster next month, so ARMS’ popularity might just see another spike around both the occasions.

Still let’s not just focus on ARMS’ sales, the Switch is doing pretty favourably too. Not only has it surpassed 1 million units in 16 weeks, but it has outsold the Wii U, which only sold 820,000 units in the same time period. Compared to the Wii though, Switch sales aren’t even close, as the Wii sold 1.85 million units, but that involved a Holiday period and more units available for sale.

It’s still a great effort though and one worth keeping an eye on as the Switch’s popularity is only going up!