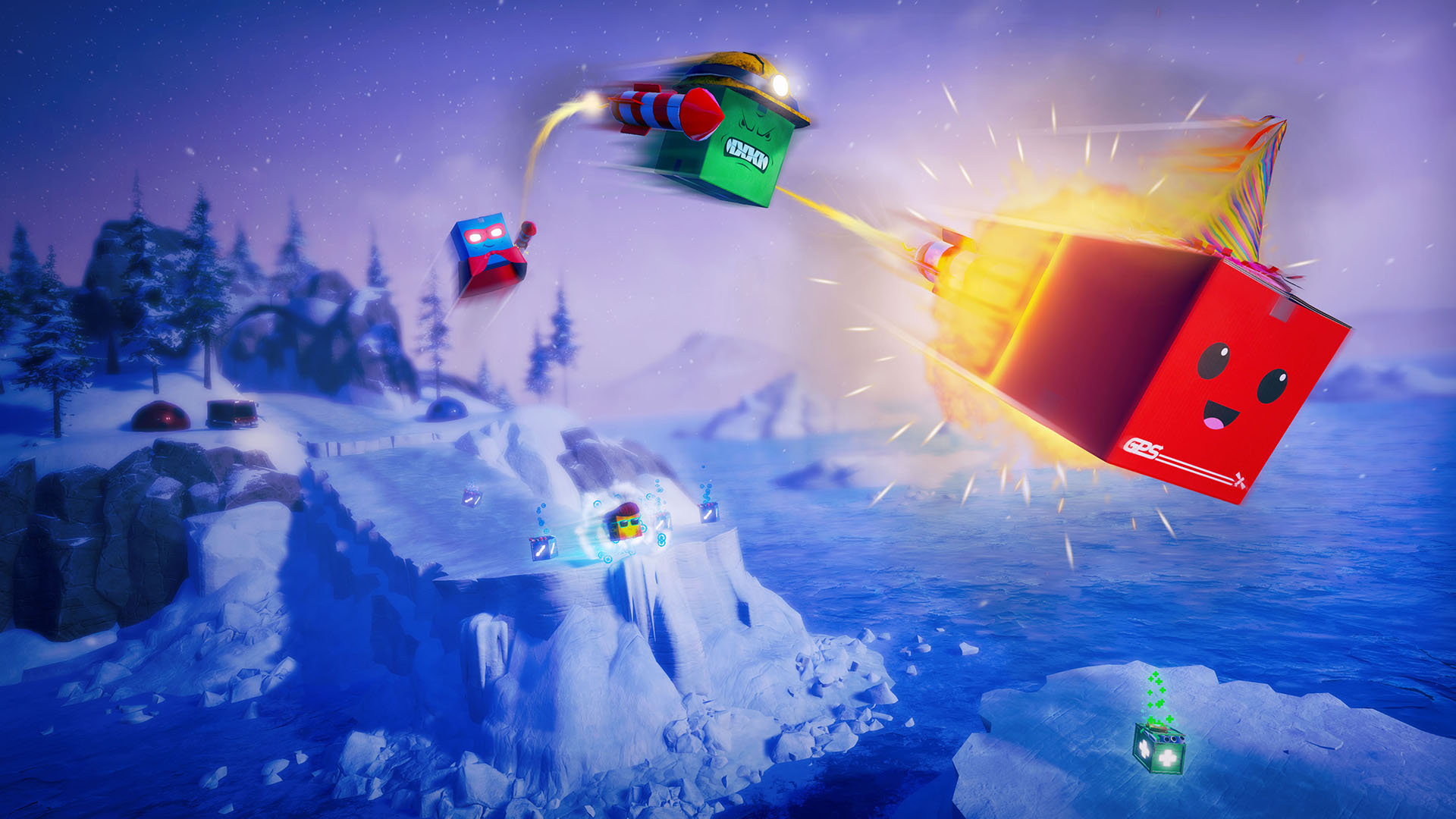 Get ready to learn about yet another game for Nintendo Switch as today we’re sharing a press release for Unbox: Newbie’s Adventure:

Unbox: Newbie’s Adventure is filled with physics fun: buildings will crumble and boxes will tumble in this explosive 3D adventure!:

Thursday, June 22nd 2017, Manchester, UK – Merge Games Ltd., a privately-owned video game publisher and distributor, and Prospect Games are delighted to announce the imminent release of 90s-inspired, physics-platform game, Unbox: Newbie’s Adventure. The PlayStation4 and Xbox One versions are set for release on 26th July 2017 with a Nintendo Switch version following in Q4 2017.

Assuming the guise of Newbie, a cardboard box, players must bounce and roll their way through glorious 3D worlds filled with scenic vistas, mountains, islands and the like. Newbie’s lot in life is to prove his worth as a sentient, self-delivering package and in doing so save the Global Postal Service from bankruptcy.

As a living cardboard box, Newbie can explore epic worlds accepting missions and challenges as he goes. Along the way he’ll meet new friends, discover a plethora of collectables and uncover oodles of super-secrets. Of course, there are unfriendly inhabitants out there too, the Wild Cards and their boss are out to ruin the GPS. Only by completing challenges and collecting reward stamps will Newbie be able to square up to menacing world Bosses!

In addition to a single-player adventure mode, Unbox: Newbie’s Adventure also offers classic split-screen action. Up to four friends can gather together and challenge each other in madcap speed races and last-man-standing battles. Endless cardboard carnage awaits as players create their own customisable Tournaments, playing on dedicated multiplayer maps.

But that’s not all, because we also have a spiffing new trailer and the following image, which looks a lot like a possible box art cover, which surfaced on 365Games: