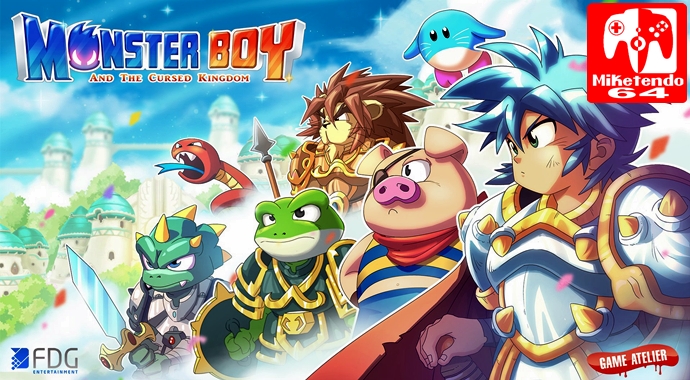 It’s been a while since we had some big Monster Boy and the Cursed Kingdom and it’s for a good reason it seems!

In an all new blog post by “Producer and Publisher of Digital Games,” FDG Entertainment, it has been revealed that the last three months have been spent reworking a single area of the game as the developers were not satisfied with that they had initially. But it seems the developers efforts are paying off and there has been the promise of regular updates and you can see a copy of the post’s contents right here:

Dear lovely Monster Boy fans friends and followers, sometimes the development process can be cruel. It can take months of work before you realize that certain things are not clicking – not working as planned. Just like a volcanic eruption, the catastrophe unfolds and for a quality oriented development team this could mean to throw away a majority of work and start from scratch.

We are tirelessly challenging ourselves during the development of Monster Boy as our mission is to deliver an absolute Must-Have Action Adventure that shines in every aspect possible.

This is the story of the Volcano area of Monster Boy: We’ve spent the last 3 months rebuilding the entire area (2 hours of playtime) as we felt it wasn’t good enough and our fans deserve only the best. Today I can tell you that we tremendously succeeded and this area is now rising from its ashes to become a new highlight in the game. Everything was redone. New gameplay elements have been implemented, new enemies have been created. It’s so much fun now!

We’re going to post more regular updates in the future so you don’t have to wait months again. Sorry again for the continued delays but we’re sure you agree with us that quality is so important. Shigeru Miyamoto once said: A delayed game is eventually good, but a rushed game is forever bad and he’s so damn right!