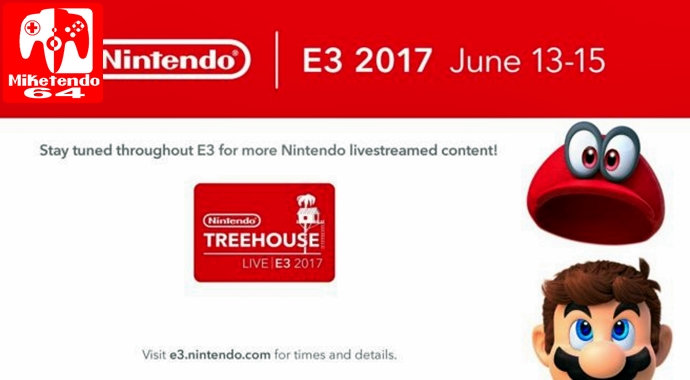 Can you believe it? Days 1 and 2 of Nintendo’s E3 antics are already over and the Day 3 is about to begin.

Now while there are no invitational today or big interviews/talks previously revealed, today’s final Nintendo Treehouse coverage could still hold plenty of surprises for us, so at the very least because there is nothing else going on, one more game should be revealed. But I could just be getting my hopes up. Whatever happens though, you can see it all right here:

We hope you enjoy the show!