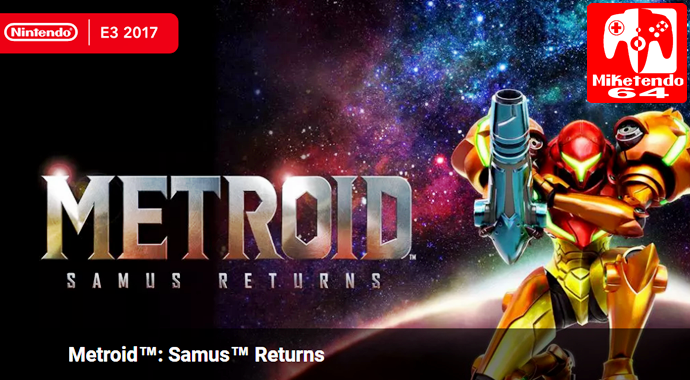 How any of us survived yesterday’s double dose of Metroid madness is beyond me, but for those of you who are dying for another Metroid fix, we’re on hand to give it to you, starting with a detailed packed fact sheet:

A classic Metroid adventure returns, rebuilt from the ground up!:

Brave the hostile terrain of an alien planet teeming with vicious life forms as legendary bounty hunter Samus Aran. Her mission? Terminate the Metroid menace in this masterful reimagining of her 1991 Game Boy™ adventure. Samus Aran’s arsenal has been enhanced with new moves and abilities that are sure to help her face the deadly surprises that await. This intense, side-scrolling action platformer is a great entry point into the Metroid franchise and perfect for returning fans as well, and it’s available only on the Nintendo 3DS family of systems.

But that’s not all, for we also have the following Dev Diary for you to view and a couple of comments regarding the game, which you can see right here:

Enrik Alvarez (Head of Studio at MercurySteam): “Metroid is one of the most recognized Nintendo franchises and we are so honoured to collaborate with them on the latest game in the saga of space-faring bounty hunter Samus Aran. Our collaboration with Nintendo will give gamers around the world the chance to play this fantastic adventure in a completely new way not seen before.”

Yoshio Sakamoto (Senior Officer of Nintendo’s Entertainment Planning & Development Department):“The development of this Metroid game with Mercury Steam has gone very smoothly and more than anything, it has been very exciting. Metroid: Samus Returns is based on the GameBoy classic Metroid II: Return of Samus, and we are very confident that this collaboration with Mercury Steam is the reason we have been able to successfully pull together various features like actions never seen before in the Metroid series, a stunning recreation of the planet SR388 and classical Metroid gameplay elements into a single powerful package.”

For more Metroid news like this, the site to go, is miketendo64.com!