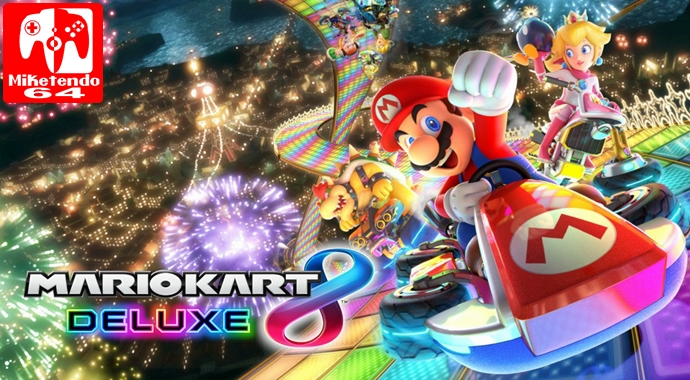 For the very short time Mario Kart 8 Deluxe was available for purchase during the month of April, it was the top-selling game in America and now that top-selling game has a new update out already.

Admittedly some of you might not be happy with that, what with all the recent updates Switch related mostly being focused on bug fixes, but the new update for Mario Kart 8 Deluxe isn’t like that. There is a list of changes, which includes giving Miis facial expression like the ones players are used to from Mario Kart 8 for Wii U and so much more, like a tweak to the Inkling Girl’s animation, so that she no longer grabs her own arm when she celebrates and you can see the change for yourself with the images below:

*If you’re wondering why this image has been removed, the previous pose is one of way people like to signify “Up Yours.”

But like I said, there is a list of changes, and we have that list right here, so here is everything put into effect as part of the newly released and available to download now, 1.1 update:

Suffice to say, these updates were a necessity and now that we’ve got them, we can enjoy the game all the more, so put down the phone, turn of the computer and fire up the Switch. It’s Mario time!