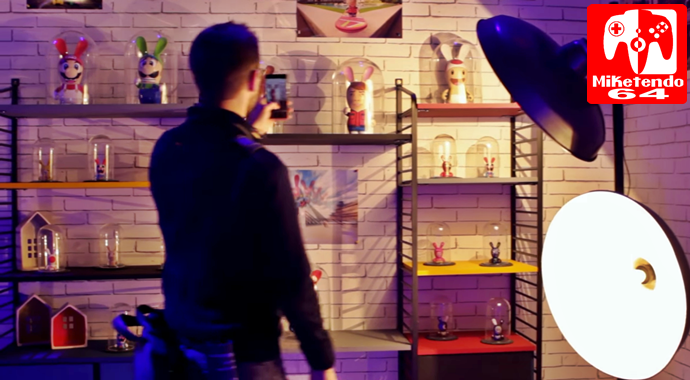 It wasn’t that long ago that the infamous Emily Rogers stated on Twitter she’s expecting some “major sites” to start leaking some Mario X Rabbids news and today, Kotaku has done just that!

According to the article written by Jason Schreier, Mario + Rabbids Kingdom Battle is not just a rumour we’ve all heard about, but it is a real thing and that Kotaku can confirm its existence as art assists pertaining the game has been shared with Kotaku, but the one who shared them, has stated the images can not be shared with the general public (talk about suspicious.)

Apparently though, this Ubisoft crossover title is being developed on the Snowdrop engine and that the game arrives on Switch in either August or September, which again is suspiocious. But going by the photos seen, Kotaku confirms the game to feature turn-based combat, supports two-player local co=op and has a goofy sense of humour, which matches what literally everyone else has said about it.  What others haven’t said though is that the images shared with Kotaku actually shows Mario “and Crew” wielding guns that fire laser beams.

Until proven true though, which it most certainly will be later on this year, possibly even next month, it has been expressly stated yet again that this rumoured title will be shown during E3 next month, unless Ubisoft decides to postpone the announcement. Whatever happens though, just as soon as this story continues, we’ll be back to provide an update!