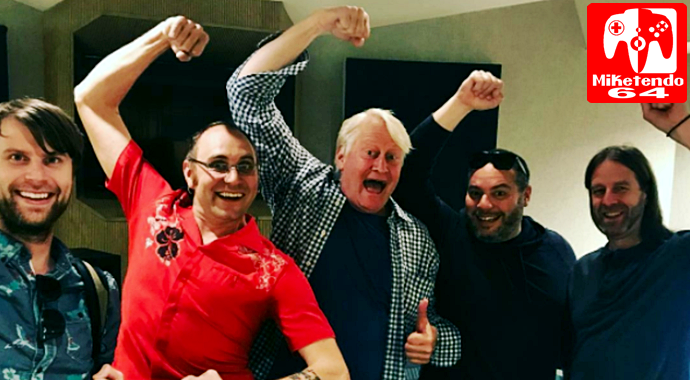 Releasing this Summer, Runner3 is coming to the Nintendo Switch and while it was already known the voice of Mario, Mr Charles Martinet himself, would be coming back to lend his voice, today Choice Provisions has come out and revealed all voice work has been recorded!

Below you can find both the majority of official post and the supplied text taken from the Runner3 newsletter:

Today’s thrilling episode is brought to you in part by…:

It’s been a pretty huge week over here at Choice Provisions HQ. Not only did the lemon-flavored La Croix just get restocked in our break room, but we also finished recording all of the VO for Runner3!

As you may already know, Charles Martinet very graciously agreed to return for his role of The Narrator. What you don’t know, however, is that he has quite a few more lines this time around! Like, way more!

The story of Runner3 is going to be a little more substantial than what you’ve seen in the previous Runner games. We won’t let it obstruct the gameplay, certainly, but if you’re the kind of player who’s interested in learning a little more about the wacky world of Runner3, that option will be there for you. I don’t want to tell you how to play your video game, of course, but I do highly recommend you seek out the story we’ve woven throughout the game. We’ll do a blog post soon about what that kind of pursuit would look like.

Runner3 Newsletter #4 – The Return of Martinet:

In keeping with the promise we made in our first newsletter, we’re really trying to only send these out when we have something extremely cool to share. Of course, if you’d rather we email you all on a more regular basis, let us know! We’re all ears!

Anyway, we thought you all might be pleased to hear we’ve just finished recording all of the VO for Runner3. Better yet, Charles Martinet very graciously agreed to return for his role of The Narrator!

Recording with him was, as you can imagine, a ton of fun. We gave him the silliest script we could muster, and he recited it with gusto. By the way, considering how much we like working with him, and how much everyone enjoys his narration, we thought it only fair to give him more to say this time around! We’ll talk more soon about all the ways in which players will be hearing him in Runner3.

But that’s not all, there’s also a supplied recording of Martinet doing his narrator skit and if you would like to hear it for yourself, the link below is one you will want to click on:

There’s still a few months left between now and release, so be sure to expect even more Runner3 news in the coming weeks/months.