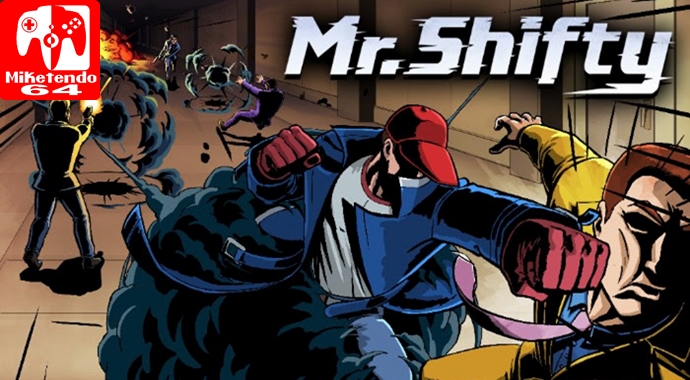 A little earlier on today, tinyBuild Games revealed on Twitter that Mr. Shifty is coming to both Nintendo Switch and Steam on the 13th of April, and now they’ve followed up that reveal with the full blown announcement:

Mr. Shifty is launching on April 13th for Switch and Steam

Check out the Nintendo Switch Announcement Trailer to get an idea of what the game is:

As a personal opinion, it plays fantastic on the Switch. There’s something very satisfying about HD Rumble and playing it in portable mode. Our team at tinyBuild Seattle worked on impossible timelines with Team Shifty in Australia to bring it to the Switch alongside the Steam launch, and I really hope everyone will appreciate the result.

There is actually quite a bit more to the press release, but not all of it is meant for the eyes of the general public, but what I can say is Mr. Shifty is coming to Switch on April 13th for both Europe and North America, with additional consoles being revealed later on this year and that there is still an Open Beta for anyone who would like to participate. For those who do, click on the link below this paragraph to be taken to the page you can then download the beta from:

Like GameSpot said, Mr. Shifty is “a more empowering version of Hotline Miami” and with 18 stages, comprised of over 140 levels, Mr. Shifty certainly has a lot of content that will keep us playing a good couple of weeks after. After all, the Team Shifty devs who are responsible for this game, are former Halfbrick employees and given just how addictive Fruit Ninja is, it will especially be hard to put down Mr. Shifty!

So come April 13th will you be Mastering your Shift Powers in this exciting One Shot Kills title? Let us know!