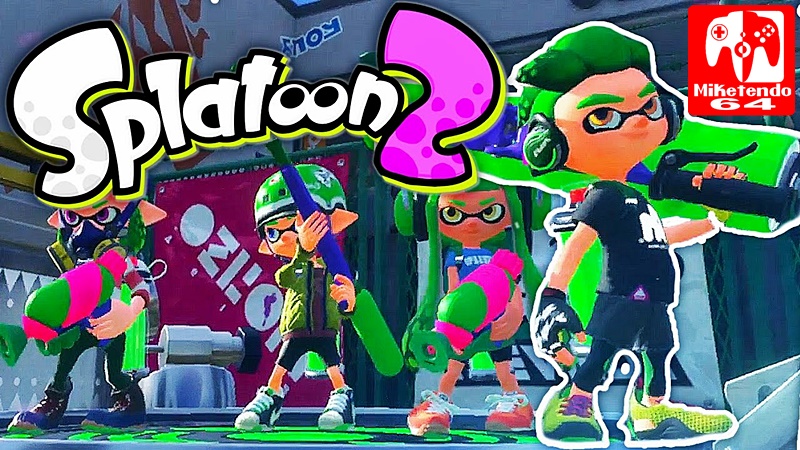 As far as the Inkling world is concerned, Staying Fresh, inking everything in Turf Wars, keeping up with the latest trends and music are four majorly important factors.

In fact they’re all so equally important (especially music) that Splatoon 2 has quite a few musical acts and now the Squid Research Lab has taken it upon itself to tell us all about the musical act, Wet Floor! So we’ve taken it upon ourselves to share that information right here:

“The rock band Wet Floor are the latest sensation in the Inkling world. Their songs are an enticing blend of different genres, and they’re especially popular with the kids right now. Let’s check out their song “Rip Entry,” which you’ll hear as background music while battling!”

“This guy plays synthesizer and is the group’s founder. He’s out to restore some indie dignity to Inkopolis’s music scene that’s lately been taken over by giant pop stars. When it comes to songwriting, he lets others take the initiative. He prefers tinkering with sounds to performing, and the studio is a much more comfortable place for him than the stage.”

“Wet Floor also has two members that play guitar and provide vocals. The guy on the left is a fan of vintage rock sounds. You can hear it in the sharp, jangly rhythms of his riffs. The girl on the right is a faithful follower of the church of punk rock, and she carves out riffs with a more hunky, bass-heavy sound. These two don’t always see eye-to-eye, but when they’re in the groove, their two distinct sounds meld into a medley of magical music.”

“These two bring a fast-paced technical beat to the group’s sound that’s every bit as crucial as the members who play up front. The guy on bass has a trademark string-slapping style, while the drummer uses her multiple limbs to keep a driving, super-stable backbeat. The friendly rivalry these two share makes the band sizzle with thrilling rhythm.”

Should the Squid Research Lab decide to educate us further on the other musical acts of Splatoon 2 and anything else related to the game, you can expect to see that information shared right here. So until then, Stay Fresh!