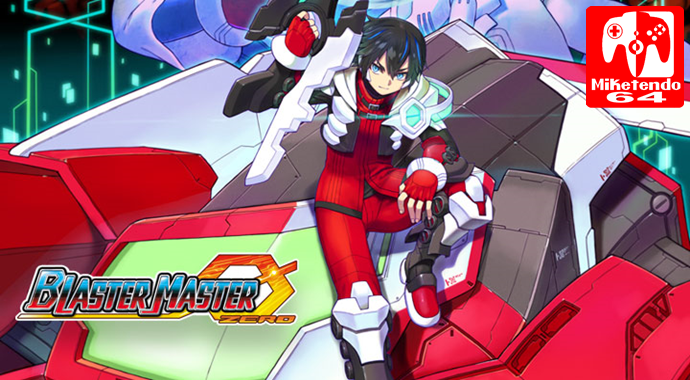 Every Thursday new titles are added to the eShop, be they new releases, demos, or Virtual Console titles and today games in particular were added and they are highly worth checking out.

The first is of course Blaster Master Zero by Inti Creates. Not only is it available for the 3DS, but it is also available for the Nintendo Switch and costs €9.99 (£8.99.) As for the other title, it costs practically half the price (€4.99/£4.49) and is Mini Sports Collection by Rainy Frog. Granted the latter may not be to everyone’s cup of tea, but it’s not a bad looking title if I say so myself and because we’d like our readers to give the titles a try, we’ve gone ahead and included an overview and trailer of both titles below:

“Blaster Master Zero is an action-exploration game done in an 8-bit top-down & side-view style that hearkens back to the golden age of the NES. Using the original 1988 NES title Blaster Master from Sunsoft as a base, Blaster Master Zero has many new additions, such as new areas and bosses, new gameplay elements such as extra sub-weapons, improved gameplay, a more robust scenario, refined and expanded exploration mechanics, and more. In the near future on Earth, a young man named Jason Frudnick boards the battle vehicle SOPHIA III and sets off on an adventure in the subterranean depths of the planet.”

“Compete for the best times and scores in 12 different sports! Mini Sports Collection focuses on the fun part of each sport throwing you straight into the heart of each one!

Score goals in Football, shoot clay targets in Skeet Shooting, take down opponents in Wrestling, smash the ball in Tennis! Quick reflexes, fast button presses and accurate controls are required to make the highest rankings and succeed in 24 different achievements.

Like I said above, while Mini Sports Collection may not be to everyone’s liking, it’s not a bad game and it is something to try before deciding flat out you hate it. As for Blaster Master Zero, since the Switch version will be receiving an update that adds Pro Controller support in the near future, it too is a game worth getting, regardless of the platform you buy it for.