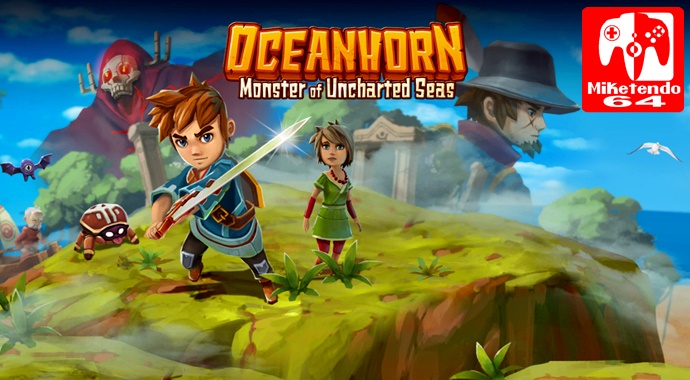 To Celebrate 1 Million Sales, an Oceanhorn Demo for Xbox One is Available for Download now

In 2013, Oceanhorn: Monster of Uncharted Seas launched on iOS devices. Fast forward to 2016 it launched on PlayStation 4 and Xbox One and in 2017 it comes to the Nintendo Switch, but thanks to the home console release, sales have soared and FDG Entertainment have a little announcement they wish to make:

“We are happy to announce the release of a FREE downloadable Oceanhorn demo, now available on Xbox One! After the successful launch of Oceanhorn on Xbox One and PlayStation 4, the game topped 1 Million units sold across all platforms. Oceanhorn is currently available on iPhone and iPad, Android, Apple TV, PC, Mac, PlayStation 4 and Xbox. The game will be ported to even more platforms soon – including PlayStation Vita and Nintendo Switch.

For anyone reading this who is an Xbox One owner, the link below can be used to take you to the download page:

Oceanhorn is a fantastic title and if you haven’t tried it yet, you really should give the demo a try, but just in case you need further convincing, here’s a quick overview for the title:

SET SAIL AND EMBARK ON AN EPIC JOURNEY:

Explore the islands of Uncharted Seas, a world filled with many dangers, puzzles and secrets. Fight monsters, learn to use magic and discover ancient treasures which will help you on your quest. Use all your wits and skill to unravel the mysteries of ancient kingdom Arcadia and sea monster Oceanhorn.

Oceanhorn – Monster of Uncharted Seas is a carefully crafted love letter to our favorite Action Adventures. With influences from the Zelda series (Nintendo), Final Fantasy and Seiken Densetsu (Square-Enix) the game combines captivating storytelling, breath-taking 3D visuals and exciting gameplay into one massive action adventure experience you will never forget.

Are you ready to make the Oceanhorn leap now?