Let’s Talk About… WarioWare (Is it Time for a Mobile Instalment?) 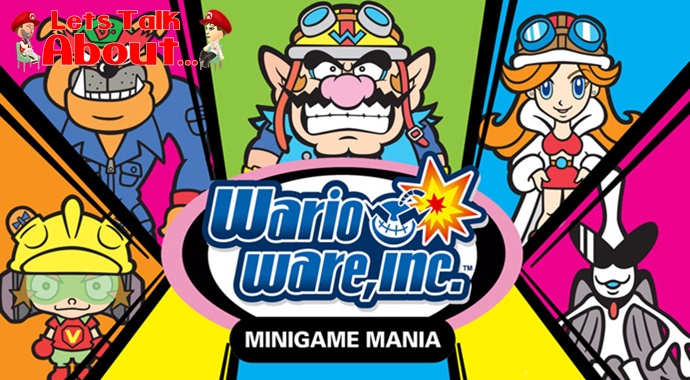 Hi, I’m Jack Longman, and this is Let’s Talk About, a written Miketendo64 feature series, where I express my views and opinions on all things Nintendo! Be it a singular game, a game series in general, consoles or even Nintendo’s latest activities, you can count on me to talk about it! In today’s piece, it introduced us to Mona & Ashley. It is a game that can that can enrage and delight you all at once and it’s one of Nintendo’s finest and finest IP’s! Let’s Talk About WarioWare!

As far as their mobile games go, Nintendo are having some noticeable success and since this is a direction they are fully committed to, as they are constantly reiterating their desire to release 2-3 mobile games a year, it’s time we asked ourselves what franchise would we like to see come to mobile devices next? Now I’ve already made my case for an F-Zero title and even told Nintendo about it, but today I want to talk about another franchise that I feel is deserving of a mobile title and it is of course WarioWare.

WarioWare is already a series that has appeared on the Game Boy Advance twice, the GameCube once, the Nintendo DS twice, DSi once, the Wii once and of course was rebranded as Game & Wario, which released on the Wii U, but it has been nearly 4 years since we had a new wacky Wario title and smartphones is an ideal platform. Sure you could argue do a Game & Wario on the Nintendo Switch, but we’ve already got 1-2 Switch releasing this year as a Switch launch title, so it might not be a year or two before we get a Wario follow-up due to the similarity, but there is nothing stopping Nintendo from doing a mobile game. Not only would it be the return of a series we love, but being designed for phones, it could be a game that features tilt, touch and voice controls, meaning a whole range of mini-games can be designed for the game as there will be plenty of ways to play.

Also as well as designing new mini-games, there is no reason why old mini-games couldn’t make a return, for example, this mobile WarioWare title could be a WarioWare Mega Mix! A game that takes mini-games from previous titles and gives them a new lease of life. Not only would a game like this build interest in the Wario games, but due to its wackiness and the kind of game it is, it could also be the mobile game that gets more users interested in 1-2-Switch! They could even call it 1-2 Wario and make it feature mini-games that play out in a similar fashion to 1-2 Switch as the two would more than complement each other!

WarioWare is crazy. WarioWare is fun and that is its charm, it’s the charm that a lot of Nintendo games possess and since I can’t see how a Splatoon game would work well on smartphones just yet, WarioWare just makes perfect sense. Sure Nintendo’s mobile games have been pretty great so far, but it would be severely wrong of them not to bring WarioWare to the mobile platform, especially since it would be a bonkers game that a lot of use would play and often talk about at length, for the first couple of months. Plus Nintendo would then be brining another aspect of what makes Nintendo so different and unique compared to its competitors, to smartphones.

But then we come to the problem, even if Nintendo did make such a game, what would they do to make money off of it? Well I would say repeat what they did with Super Mario Run. Allow players to download it for free, give them access to a set number of mini-games and if they want more, then they have to pay for it and that payment will be a single-time purchase. Granted not everyone payed for Super Mario Run, but Wario and WarioWare is nowhere near as popular as Mario, so this means the payment could be a lot less, it could be half as much as Super Mario Run and people will buy it! We will go made for the game and it would easily have twice as purchases as Super Mario Run, if not triple in the first two months.

So to reiterate, WarioWare isn’t just a franchise that needs to come to mobile phones, it’s a game that should, because it will show off the best of Nintendo’s abilities and charm, but it will affect interest in Switch. It would be downloaded a lot and enjoyed by many and it would just have so much potential as a ton of mini-games could easily be created for it. It, like a tilt-screen F-Zero racing game, are must develop titles for smartphones, it would cement Nintendo’s presence in the mobile market and the home console market. So if we’re lucky and Nintendo are smart, we will see a mobile F-Zero and WarioWare game, developed and released sometime in the next two years, so please make it happen Nintendo! Please!

This has been a written WarioWare edition of Let’s Talk About. All views and opinions expressed are entirely my own and if you feel differently to anything I have said, then please by all means use the comments section below to have your say! I’d love to get your perspective on all this or you could give it a miss but recommend something else you’d like us to talk about instead! The choice is yours!

[Editorial] Wheels of Fortune and a Very Shiny Stunfisk