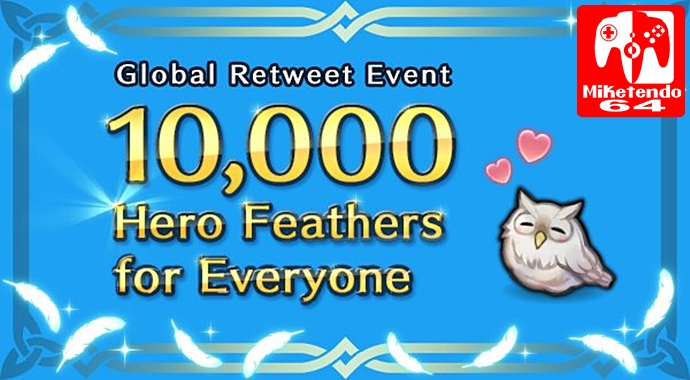 A Surprise Gift Will be Distributed Tomorrow via Fire Emblem Heroes

Following the immediate success of the 10,000 Retweet event for Fire Emblem Heroes, gamers were to receive a reward of 10,000 Hero Feathers, only that reward which was supposed to be sent out today, wasn’t and there is a good reason why!

Due to the actual number of Retweets that was received, it has been decided that the reward will be released at a later date, (tomorrow), only there might be a “surprise gift” as well as the 10,000 Hero feathers, which in other words means there is an additional gift on its way and it is because of this surprise gift that the feathers were delayed a day, to give Nintendo and everyone else involved with the game, the chance to decide on what the “surprise” should be and make it happen. But whatever it is, we can expect to pick it up sometime tomorrow.