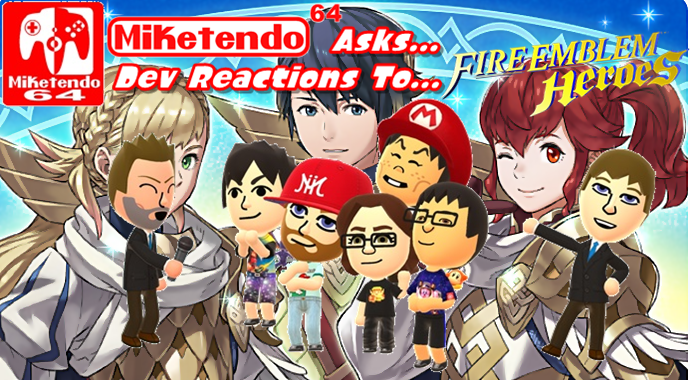 This is Miktendo64 Asks… The mini-interview series that sees us getting in touch with various devs to hear what they have to say regarding all manner of hot topics and with Fire Emblem Heroes being what is “Hot” right now, it’s only fitting we asked various devs if they downloaded the game and ask what they thought of it. Gracing our site with his response, for this particular instalment is Image & Form’s Julius Guldbog:

“I’ve been playing the game on my daily commute for a total of three hours, I believe. And it’s great fun! Feels like a solid, old-school Fire Emblem adventure. On my way home from the gym yesterday I carried my bag in one hand and played the game with the other. Haha. I’m hooked!”

While that does conclude this instalment, we do have a few more to follow, starting with one from 13AM Games’ Alex Rushdy.