Skip to content
Fire Emblem Interview Talking with the Fans

Talking with the Fans: A Fire Emblem Interview with Samuel Judie 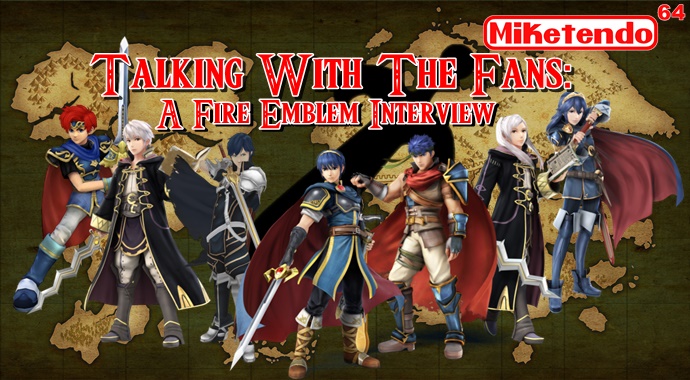 #FireEmblemWeek is now over, but Fire Emblem content will continue to grace our site, along with further Fire Emblem fan interviews, so with that in mind, join us as we talk to Fire Emblem fan Samuel Judie and see what he has to say about the series he loves:

“Hello My name is Samuel Judie, the creator and admin of Fire Emblem Global Group. I enjoy Japanese role playing games and reading. I first heard about Fire Emblem 7 years ago and my first entry into the series was Sacred Stones.”

“Out of the series as a whole, without a doubt my 3 favorite Fire emblem games are Sacred Stones, Path of Radiance and the Blazing Blade.”

“One thing I have dislike about the FE series was the random growth rates for units. I have never been ecstatic about that game mechanic on the other hand I love the permadeath mechanic. It makes the battles so much more fun and interesting with there actually being consequences for the actions you take in game. Coming up with a proper strategy to ensure all your units come out alive (or your waifu/husbando) is pretty fun and thrilling.”

As well as the Switch presentation, January was also the month that saw a very special Fire Emblem Direct broadcasted. What was your favourite reveal/featured content from the Direct? And which of the four games are you most looking forwards to?

“My favorite reveal/featured for the direct was without a doubt Heroes, followed by Shadows of Valentia. Out of the games shown during Fire emblems direct I am looking forward to FE switch the most. I’ve never been tempted to buy a console at launch but thanks to FE and SMT and an already promising console I might just do so.”

Since Fire Emblem Heroes is now out, did you download the game and if you’re answer is yet, what device are you playing it on? (Android or iOS?)

“Yes, I downloaded Fire Emblem Heroes and was avidly anticipating its release. I actually downloaded the game on both android and IOS. I switch between them depending on what device is charged or what is closest to me at the given time.”

“My Fire Emblem dream team would consist of Lyn, Eirika, Eiphraim. For the most part there is no particular reason for me choosing them other than nostalgia. As sacred stones was my entry into the world of “Fire emblem” I remember it the best and would have to say it’s one my favorite games in the series. I soon played blazing blade shortly after that and who doesn’t love lady Lyndis?”

“Yes I will be purchasing Fire Emblem Echoes: Shadows of Valentia. Out of Alm and Celica I prefer the former. I really like his art design for Echoes and I am interested to see how he grows as a character.”

Samuel, thank you for taking the time and answering our questions and to any Fire Emblem fan reading this also feels like undertaking our little interview, be sure to drop us a line by sending an email to: miketendo64@gmail.com And now you all can go back to playing Heroes, or you can click on the link below to check out Samuel’s Fire Emblem Heroes group on Facebook:

The choice is yours.