Shovel Knight: Specter of Torment Gets its Own Nintendo Listing 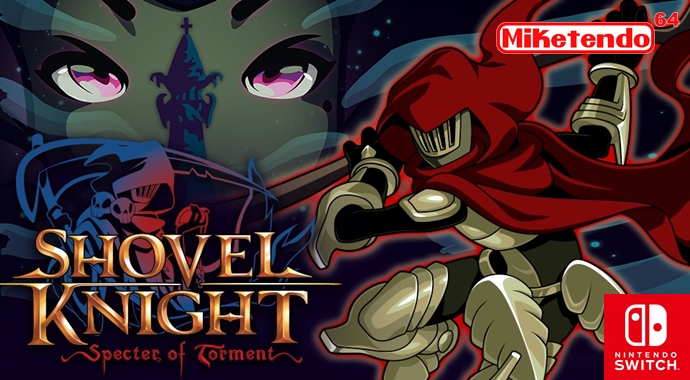 The wait is almost over!

In case you haven’t heard, a new campaign, Specter of Torment, is on its way to Shovel Knight, but before the update reaches the likes of Wii U, Spectre of Torment will first make its way to the Nintendo Switch sometime in March and a listing for it has already appeared on the official Nintendo website and has provided a couple of interesting details, which you can see here:

“Slash through the prequel to Shovel Knight and recruit a cadre of villains as Specter Knight, the shadowy scythe-spinner. Featuring a brand new playable character, all new weapons and armors, all new levels, all new music, new bosses, and a brand new story to adventure through!”

Furthermore, while the Specter of Torment Campaign will be available as a free update to everyone who owns Shovel Knight, it will be available to be purchased separately and will cost you $9.99 and is currently playable at Yacht Club Game’s booth at PAX South.