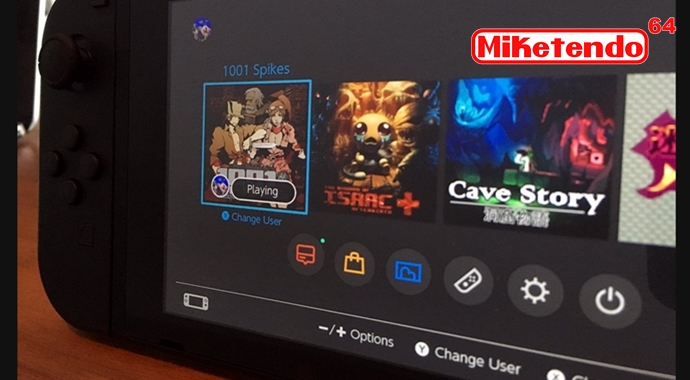 It’s one thing to have someone leak your games, but it’s another thing entirely to be the one who leaked your own games and then tried to cover it up.

Today on Twitter exactly that had happened, Nicalis shared a photo featuring the four games they will be brining to the Nintendo Switch, only to then delete the tweet, but it’s too late! The damage is done and now the whole internet knows Nicalis are bringing 1001 Spikes, Cave Story, The Binding of Isaac: Afterbirth+ and Hydra Castle Labyrinth, but that’s not all!

Sure that ends their line-up of games, but the photo gives us a great look at the Switch’s UI and while I might not be a fan of it, there is something I do like. It seems, even though a play session appears to be in progress, that you can change users, something that the Wii U couldn’t.

Still thanks Nicalis, thank you for giving us all an inside look. I hope you don’t get into too much trouble with Nintendo for this.