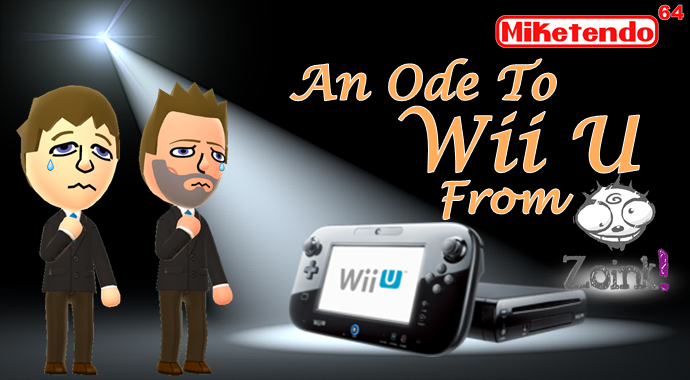 An Ode to Wii U From Zoink Games

What’s that? It’s time for another instalment of An Ode to Wii U, our interview series, which sees us talking to indie developers to see what they thought of the Wii U? Sounds good to me!

Answering our 3 questions today is Mikael Forslind of Zoink Games, one of the first European indie game developers to divulge that they are in fact working on a game for the Nintendo Switch. So without further ado, it’s time to see what he thinks of Nintendo’s current home console:

“I really enjoyed my Wii U and I still do:”

Mikael Forslind: “I really enjoyed my Wii U and I still do. Ever since I got a job in the industry I’ve noticed I play less and less video games but I have some great memories playing on my Wii U. Especially local co-op with my wife and games like Yoshi’s Woolly World. One of my fondest memories was finishing Donkey Kong Country Returns co-op with a friend. That game is amazing!”

“Nintendo is truly great to work With:”

Mikael Forslind: “It was good, we released our previous game Stick it to The Man back in 2014 which was really appreciated. Unfortunately due to circumstances we never got to release our latest game Zombie Vikings. Since I’m not a programmer I can’t comment on how the actual development process was but from a publishing perspective Nintendo is truly great to work with.”

Mikael Forslind: “Never been a fan of hand-held gaming actually. I remember loving my Game Boy back in the day but that was the last portable console I played actively on. I do have a 3DS though, but when I take some time to play video games it’s always on my sofa in front of the TV. So for me, the Wii U is my first choice.”

As always, we’d like to take this moment to publically give our thanks to Mikael for being a good sport and answering our questions, it’s much appreciated.

For more An Ode to Wii U goodness, be sure to Like & follow us on Facebook, or Follow us on Twitter to be notified on the next instalment as soon as it is posted. Or you can just click on this link right here and check out some of our previous An Ode to Wii U interviews:

But why should all the game devs have all the fun? If you have something you want to say regarding the Wii U, no matter how long or short it is, why not comment it in the comments section below? Or even send us an email to miketendo64@gmail.com. Should we get enough responses, or even just lengthy responses, we’ll post it as an article. So what are you waiting for? Make your mark on the Miketendo64.com today with your own Wii U stories and thoughts!