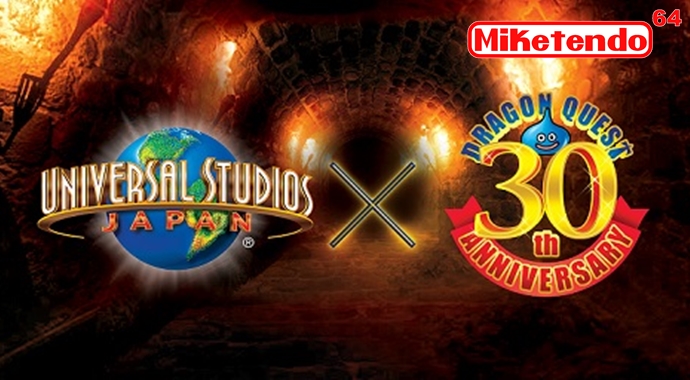 So it turns out that Nintendo aren’t the only ones partnering up with Universal Studios, but so is Square Enix.

To celebrate the 30th anniversary of the Dragon Quest series, Square Enix will be working with Universal Studios Japan to do a limited time only event that will take place at Universal Studios park in Osaka. While no details have been shared, such as when the event will happen, it is to be a “Real Battle Attraction,” which will give an authentic Dragon Quest experience by letting visitors arm themselves with weapons, take on various monsters and enter dungeons.

While it is a shame that the event is to just be a one-time thing, if there is enough interest, it might just prompt Square Enix to do it again, and consider doing it for one of their other franchises like Final Fantasy.

Source: 4gamer.net via Nintendo Everything