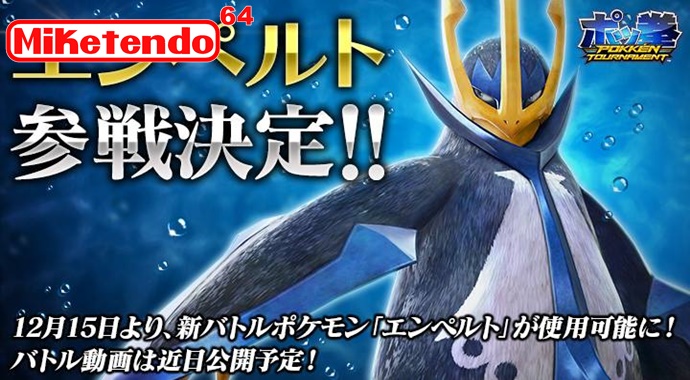 When Empoleon was officially confirmed for the Arcade version of Pokkén Tournament, the announcement came with no actual gameplay footage of the fighter in action, but Bandai Namco have rectified that with this new piece of gameplay below:

Gamers who are lucky enough to play the arcade version can expect to go hands on with Empoleon on the 15th of December.