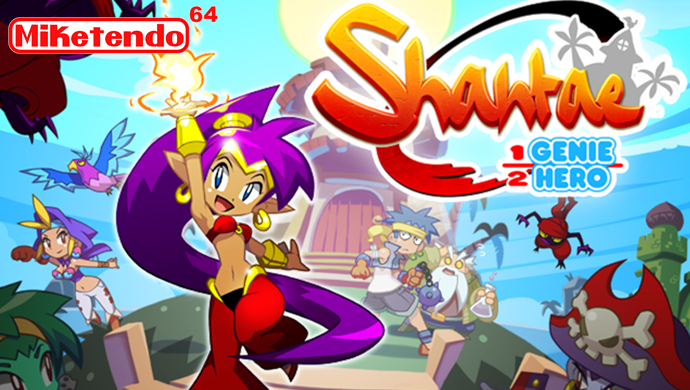 From the moment Shanta: Half-Genie Hero was delayed back in October, it was often wondered when we will see it close and while we may not have a release date yet, we are very close to getting one.

“We’re excited beyond human comprehension to tell you the news… Shantae: Half-Genie Hero is done! Did you hear that correctly?! We know, right? It’s crazy! Wow!!!

In a new update post by WayForward, on the Shantae Kickstarter page, the company behind the game have confirmed the game is done, bug testing over and it has now been sent off to the likes of Nintendo, Sony, Steam and Microsoft. However no release date has yet to be given, and that is because WayForward are aiming for a global release so everyone can get it on the same day if they wanted, but they are working on it and just as soon as they are able to finalise a date, they will not hesitate to share it:

“The game has been submitted to Sony, Microsoft, Nintendo, and Steam, and digital storefronts are being created. Because this is a global release, we’re working with teams in each territory to establish a unified release date. We’ll let you know the INSTANT we find out when the game will be live! And this probably goes without saying, but of course we’ll do everything in our power to get the game released to backers early.”

With more Shantae news expected to drop in the coming weeks, it looks like the title could go on to become a game for the holidays and that, as well as Gurumin 3D, is a great game to spend this December with. Still no word on a European retail version though.