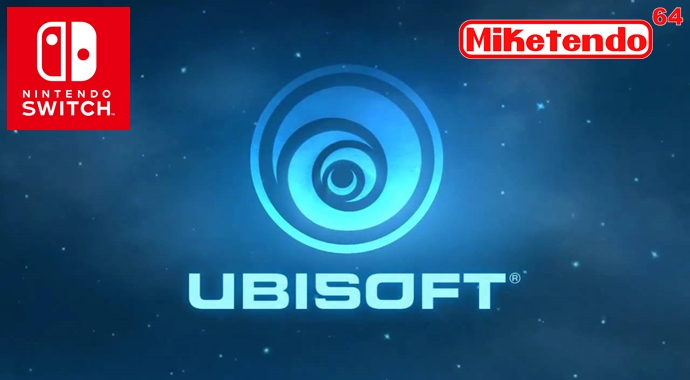 Ubisoft Are Working on a Game that will “Definitely Surprise” Us

In recent months, while no one was saying anything about the Nintendo Switch, CEO of Ubisoft, Yves Guillemont was saying quite a bit without giving too much away and now he’s done it again.

Not only has he cited the Nintendo Switch as being a “True innovation” that could benefit Ubisoft greatly, during a financial conference call that took place on September 30th but on he’s Facebook page he’s done a post all about the Nintendo Switch, which also mentions an upcoming game they have planned for the Nintendo Switch that he believes will surprise us:

“With the Switch’s unique capacities and design, Nintendo could again redefine the way we play games! The Switch is accessible at its core and will give people the freedom and the pleasure to share more experiences and play anywhere at anytime. The Ubisoft teams developing games for the Switch are inspired by these new possibilities, and I’m really happy that we’re able to continue doing great things with Nintendo. In addition to Just Dance 2017, I think there’s at least one game that will definitely surprise you!”

Now this title could be Beyond Good and Evil 2, but since the first one has been out for quite some time and Beyond Good and Evil 2 is supposed to be a Switch exclusive that is something of a prequel/remake of the first title, it’s not really going to surprise us so it’s more likely it’s a new title altogether that we haven’t heard about.

And since we didn’t share Guillemont’s exact comments when he spoke about the Switch during the conference calls, he have those here:

“The March quarter will also see the release of the Nintendo Switch. As we already said, we think the platform is great. For the first time ever, players will continue their home console experience on the go while traveling or commuting. That is a true innovation.”

“Second, most importantly, despite the huge competition from mobile gaming, Nintendo managed to sell more than 55 million 3DS since launch. The Switch will benefit from this strong demand for Nintendo games on a dedicated handheld platform. If potential is reached, then Ubisoft, as the leading third party publisher on Nintendo consoles over the past ten years, will benefit disproportionately.”