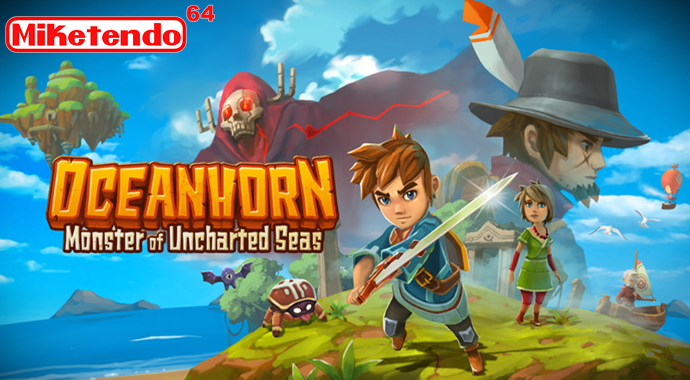 Last week we posted about a tweet by FDG Entertainment regarding their brining two titles to the Nintendo Switch. Well the assumption is those two games are Oceanhorn and Monster Boy and The Curse Kingdom, but assumptions aren’t answers and we like answers, so we attempted to get some.

We reached out to FDG Entertainment and while we won’t disclose exactly what was said, we will summarise what was disclosed. As of right now, anything Switch related, FGD Entertainment would like to keep under wraps from now, so despite them teasing us with their tweets, they won’t be denying or confirming anything until they are ready to share their plans with us, so until then, we’ll just have to be patient.

Yes we might not have actually learned anything, it does seem more and more likely that Oceanhorn will be coming to the Nintendo Switch and we’ll be posting even more Oceanhorn content on our site since we’ll actually be interviewing Thomas Kern, the Producer of Oceanhorn: Monster of Uncharted Seas and we’d actually like to include some of your questions, so if there is something you want to know that is Oceanhorn, related, make sure you send in those questions! We will be sending ours off on Friday, so if yours aren’t sent in to us, or commented below by the day’s end on Thursday, we will not be using them, so get them in soon and no “is it coming to the Nintendo Switch?” or any Switch related questions. They will not be answered. Thank you!