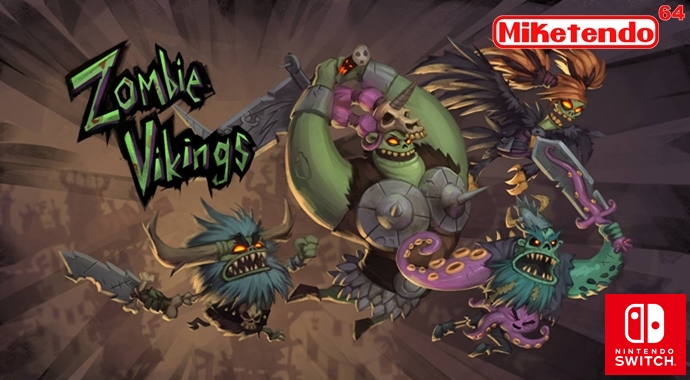 Following the reveal of the Nintendo Switch last week, a number of developers took to social media and their websites to make a couple of Switch related posts and among them was Zoink! Games.

The developers behind Stick it to the Man, announced they are developing a game for Nintendo’s next console and that they have got their hands on a dev kit already, only instead of writing an article about that, we chose to get in touch with them instead and ask a few questions and write an article about what they told and now that we have their answers, here is that article and how our mini-interview played out:

Miketendo64: “Firstly, what did you make of the Nintendo Switch reveal?”

Mikael Forslind: “We thought it was great. We were all gathered around a screen and saw the announcement together. I think the overall feeling was that we thought it looked really good and promising. Me personally I’m a home console gamer so I was glad they showed what looked like a Switch Pro Controller, I’ll probably primarily be playing using that.”

Miketendo64: Can you comment on how you plan on utilizing its switch capabilities?

Mikael Forslind: “Sorry, too early to say at the moment.”

Miketendo64: Any chance of Zombie Vikings port to the Nintendo Switch?

Mikael Forslind: “We’re primarily going to focus on new projects for the Nintendo Switch but we think Zombie Vikings has a lot of potential and that it would really work as a Switch title.”

Miketendo64: “Lastly, are there any Nintendo Switch details that aren’t known to the public that you can comment on that don’t go against your NDA?”

Mikael Forslind: “I think if we were to cough near the Switch, Nintendo would know about it, so can’t share anything about it. I can however say that from what I heard from the programmers it’s really great to work with.”

So what have we learned besides the fact Zoink Games are good at keeping it zipped when they want too? We learned that although it does seem they are open to the idea of porting at least one of their titles, as far as the Nintendo Switch is concerned, entirely new games is the direction the company is pursuing and since Stick it to The Man turned out to be the awesome adventure it is, whatever they’re working on now can only be better!