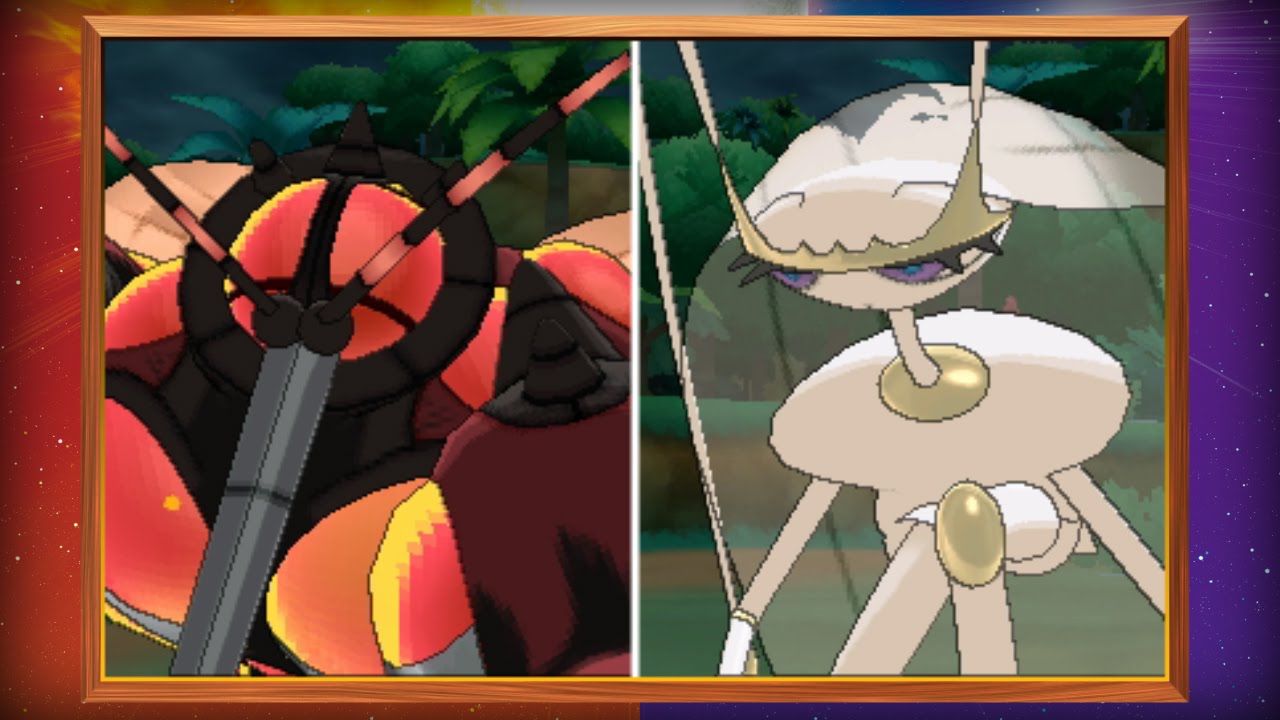 Today’s reveal was something of a disappointment, but then The Official Pokémon Channel on YouTube put out a new trailer showcasing Ultra Beasts Beauty & Absorption (Expansion,) but that’s not all.

“The Ultra Beast known as UB-02 Absorption appears in Pokémon Sun, and the extent of its strength is unknown. Its entire body is covered with bulging, powerful muscles. The full force of a punch powered by these muscles would be off the charts! Its distinctively long mouth is said to be harder than diamonds. Could the Ultra Beast also use it to attack?”

“The Ultra Beast with the codename UB-02 Beauty appears in Pokémon Moon. What kind of power does it possess? Its narrow, graceful legs allow it to accelerate with such explosive speed that people claim it can dodge lightning! It is said that any Pokémon that sees UB-02 Beauty, regardless of its own gender, will become infatuated with it and lose the will to battle. The exact reason for this reaction—whether it’s an unidentified pheromone exuded by UB-02 Beauty or a hypnotic effect induced by its appearance—has not been determined.”

Going by the footage, although the Ultra Beasts do engage in battle against the Melemele Gaurdian, Tapu Koko, the Pokémon is not their intended target. After coming through a portal that opens up in the sky, the Ultra Beasts are shown charging towards Hala, Melemele’s Island Kahuna, only to have the Electric/Fairy-type come between them.

While it is not yet known just exactly what the Ultra Beasts goal is, it appears they wish to take care of their biggest threat first, (the best trainers the Alola region has to offer,) but that’s my theory on it and if you think you’ve got a better one, by all means let’s hear it!