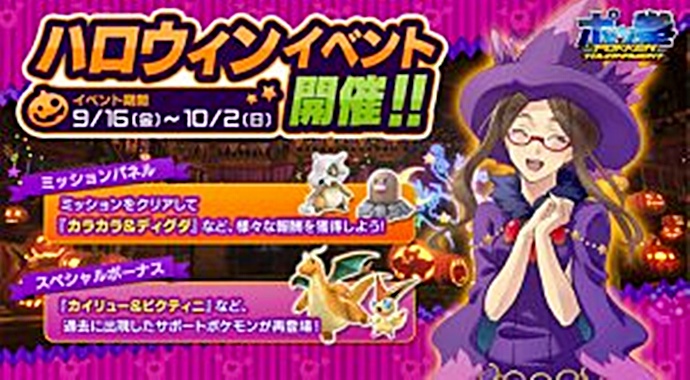 Pokkén Tournament Receives Another Update, but Only for the Arcade Version!

Once more Pokkén Tournament has received another update, except the update only applies to the arcade version, so for those of us who have been desperately waiting for the July 20th for the Wii U version to the get a certain Darkrai update, it looks like we’re going to have to wait even longer.

The new update is part of an event that runs from now until the 2nd of October and allows gamers of the arcade version to now unlock Support Pokémon Dragonite & Victini. The two were previously a Wii U exclusive, but that is no longer the case. Also for anyone who now completes the new Mission Panel, you can also get the Support set of Cubone &  Diglett, as well as earn a number of new titles and customisation options.

As well as that, there are now new outfits that are also available for your avatar and they are of course Halloween themed. Lastly the Mystery Carnival stage has made a return, so if you have the opportunity to play the arcade game, try to make every session count, because as mentioned above, the event ends on the 2nd of October.