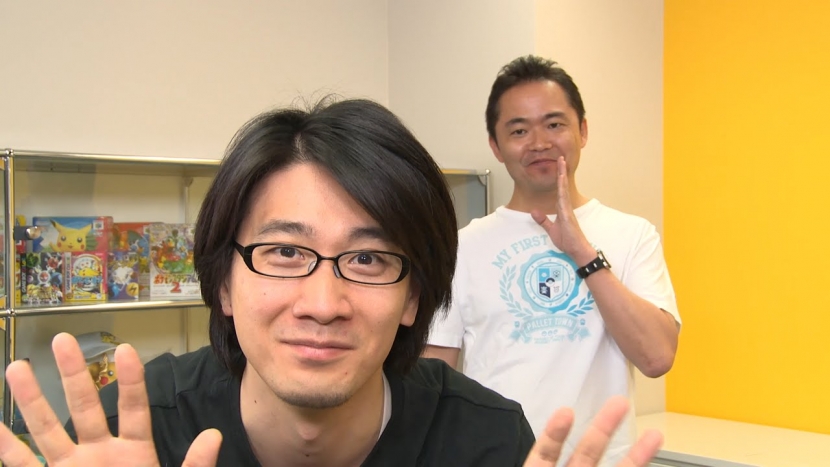 Shigeru Ohmori: “My Wishes for Pokémon Sun and Pokémon Moon”

Today we had a new Sun and Moon trailer dropped on us and it revealed all kinds of details, but it turns out there is still more things Sun and Moon related to talk about.

On the official site, there is an interesting piece of new content, which sees Sun and Moon’s Director Shigeru Ohmori, talk about the games. Talk such as explaining why they are titled what they are. Why they take place in “Different Worlds” and why Night and Evening is important in Sun and Moon. For anyone wishing to read his full comments, simply scroll down as we’ve included them all into this article:

Why I chose “Sun” and “Moon” for the titles:

“We live on a planet overflowing with life. This earth of ours revolves around the sun, and in turn, the moon revolves around the earth. When you look at the sun and the moon from Earth, they appear to be traveling through the sky in similar orbits, but when you change your perspective, you come to realize that their orbits are completely different. Yet the Earth and the sun and moon are all tied to one another, and life grows and flourishes as they work their influence upon one another.

Humans also interact with people of all different kinds. They influence one another, and in turn, are influenced by others. It is only through this miraculous balance that we can live here as we do.

In these titles, what I wanted to express is the brilliance of life and of the relationships between humans and Pokémon as they influence one another. That is why I chose to name them after the sun and moon, which have so much influence over our own Earth.”

Why the two titles take place in different worlds:

“Between Pokémon Sun and Pokémon Moon, there is a time difference of 12 hours. This was our first attempt at making such a great difference between two game versions. In the Alola region, the Pokémon that you might encounter on the same route can vary between day and night, and so this time difference allows players to have a completely different experience.

And it doesn’t stop at Pokémon—some events are also different from one version to the other, so I hope you all can enjoy both worlds to the fullest.”

Why we’re so particular about expressing night and evening:

“To show the Alola region’s rich nature and beautiful towns, we were very particular about the lighting. Thanks to that, the same location can have a completely different appearance depending on the time—sometimes wrapped in the gentle glow of moonlight, sometimes illuminated by the crimson of the sun setting over the sea.

At times, the same event will feature different natural phenomena in the two versions, which can only be seen in either Pokémon Sun or Pokémon Moon, so I hope it will be fun for players to compare the two and find these differences.

We’ve poured ourselves into our work so that you can feel an atmosphere and sense of closeness that makes it seem as though you are in the Alola region yourself.