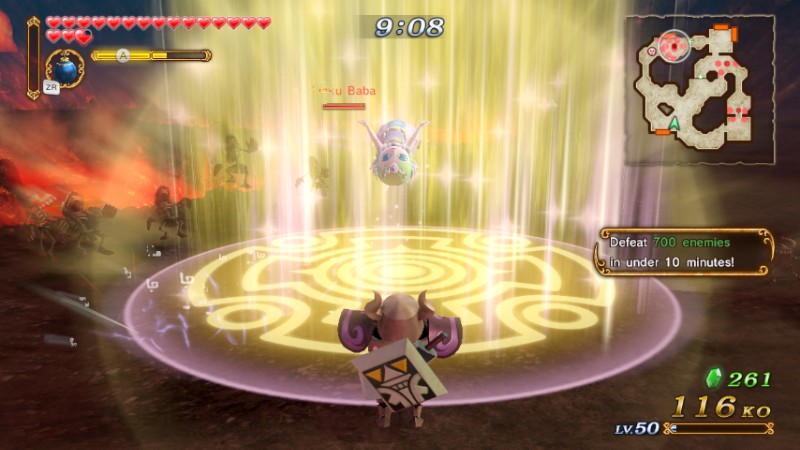 Guess what everybody? As well as Zelda, Hyrule Warriors Legends also got a mention today in Nintendo Direct today and as well as showing us a trailer of Toon Link using the Sand Rod and Toon Zelda springing in to action, the Phantom Hourglass/Spirit Tracks dlc Pack is out now! And when I saw out now I mean out now!

If you’re on the 3DS, head on over to the eShop because there is an update for the game waiting to be downloaded. Then once you’ve done that, fire up the game, go to extras and download the new dlc today so you can get started with conquering the Grand Travels Map. However if you’re a Wii U owner and only have the Wii U version of the game, then it’s also time to fire up Hyrule Warriors because provided you brought the 3DS + Wii U Season Pass,  you can download the content today as well and start playing as Toon Zelda yourself!

But as well as just telling you about this stuff, we’ve got photos of some of the new content as well for both 3DS and Wii U versions of the game:

Just in case you have still yet to purchase the Season Pass, it’s now on sale at a discounted price, so now is the time to buy! Or the time to watch the dlc trailer in case you missed it: