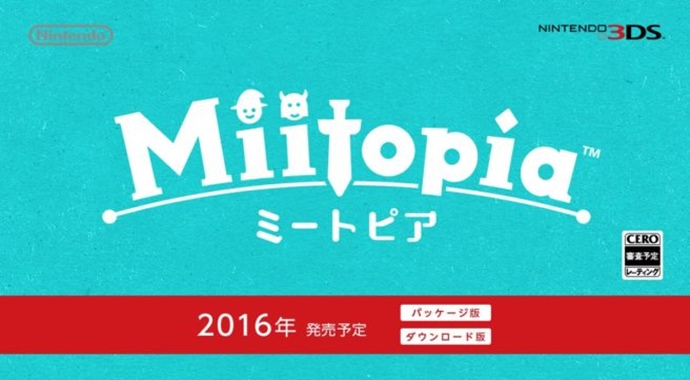 While the UK and America Nintendo Direct contained a lot of the same information, there was one thing in particular that neither of those Directs showed and that is Miitopia!

Revealed at the end of the Japanese Nintendo Direct is Miitopia, an upcoming game for the 3DS, which will retail nearer to the end of the year. Whilst nothing was really revealed about this game, given the Wizard and Demon Mii faces acting as dots above the ii’s in Miitopia, it is possible Miitopia could be a larger version of StreetPass Mii Plaza’s StreetPass Quest. Or I could be wrong and it could easily be something else entirely.

As soon more information is revealed pertaining to this game, we’ll be back to do a full update! But since we mentioned the Mii Plaza, here’s a trailer of the new fast paced Mii Plaza games that are out today