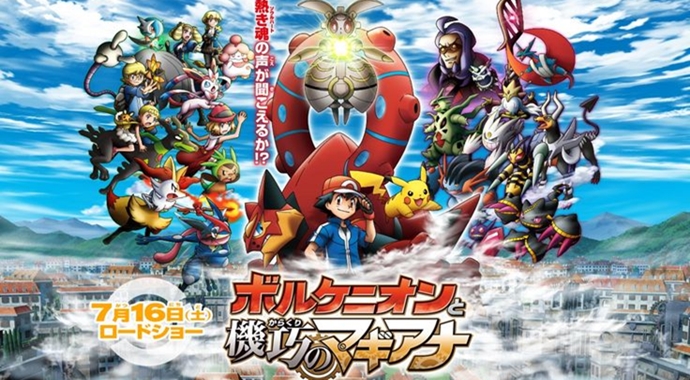 After releasing in Japan last month, it has been announced that Volcanion & The Ingenious Magearna will be getting an English translation later on this year, but under the name of Volcanion and the Mechanical Marvel.

There has been no word on how the English version will be distributed (be it aired via the Cartoon Network, or just a direct to DVD release,) but there is an official trailer and just in case you have no idea what the film is about, you can also find a quick summary below as well:

“In this latest cinematic adventure, Ash meets the Mythical Pokémon Volcanion! They arrive in a city of cogs and gears, where a corrupt minister has stolen the ultimate invention: the Artificial Pokémon Magearna, created 500 years ago. He plans to use its mysterious power to take control of this mechanical kingdom! Can Ash and Volcanion work together to rescue Magearna? One of the greatest battles in Pokémon history is about to unfold!”