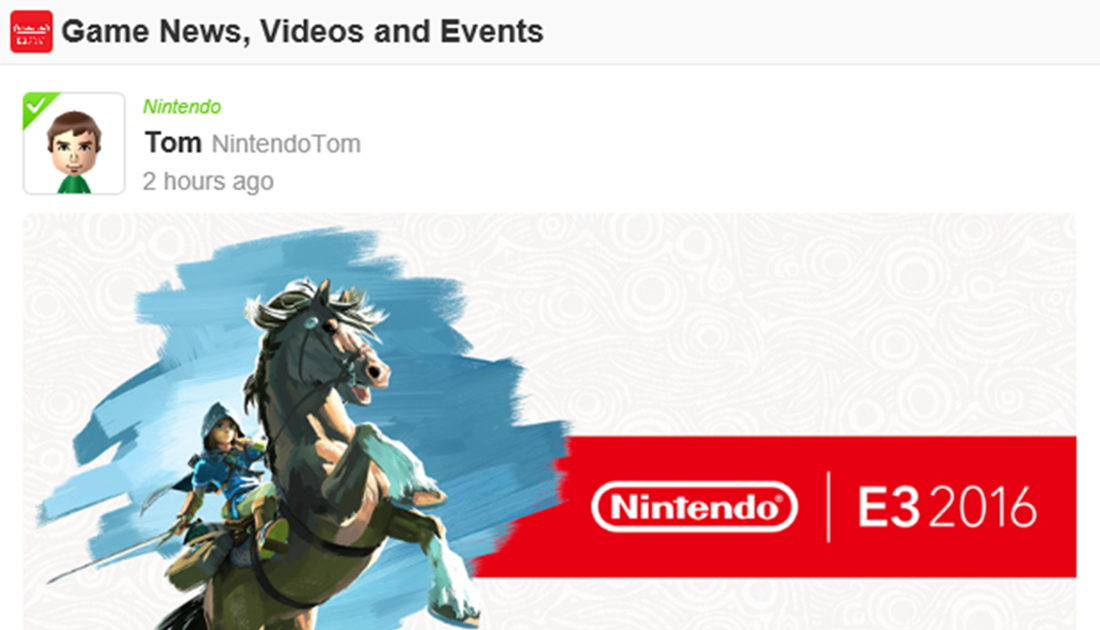 What’s that thing Nintendo do now everywhere as E3 approaches? Why it’s creating a new community within the Miiverse that is all Nintendo at E3 and now the 2016 Community page is live!

Yes we won’t actually be able to post our own comments or pictures, but we can comment and draw on posts made by representatives of Nintendo, posts like the announcement one by Tom, who had this to say:

E3 is almost here and maybe, just maybe, we will finally get all the answers to the questions that have gone unanswered for far too long!