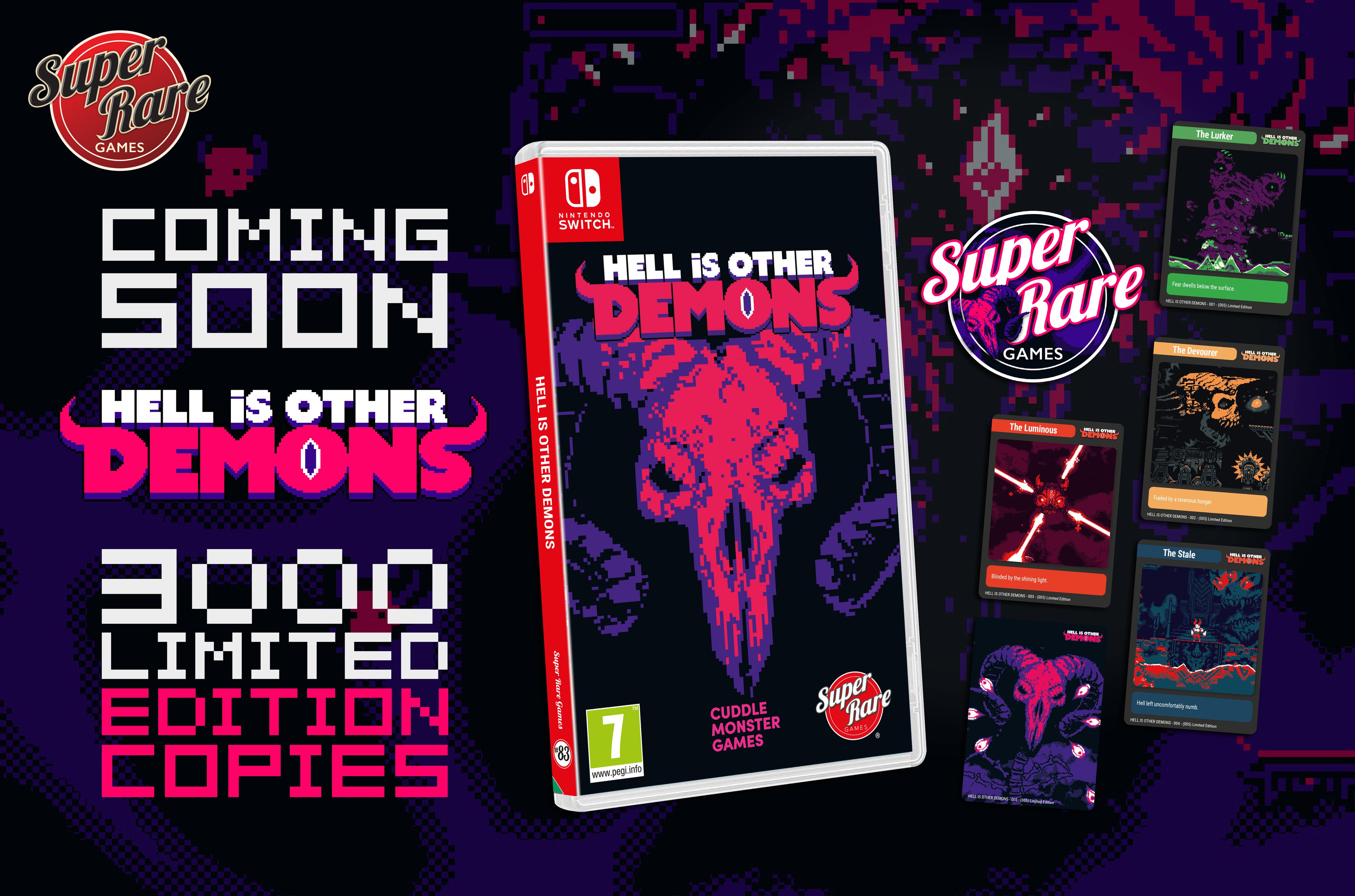 With a large library of titles under their belt and tons of limited releases that have sold out and Miketendo64 providing them with some extensive coverage on the site, we want to take the time to highlight the games they currently have left in stock, and who knows, you might just discover the next indie gem you want to pick up? So, please join us as we provide you with a ton of details on Hell is Other Demons by developer, Cuddle Monster Games:

Hell is Other Demons (Nintendo Switch)

You grew up with the bullet hell arcade shooters which rewarded fast-decision making and creativity? Hell is Other Demons is crafted with expertly executed mechanics and bold, unforgettable style.
Features:

The physical release of Hell is Other Demons also comes with the following:

For more on Hell is Other Demons why not pay a visit to its official listing on Super Rare Games with the link below:

SRG#83: Hell is Other Demons (Switch)