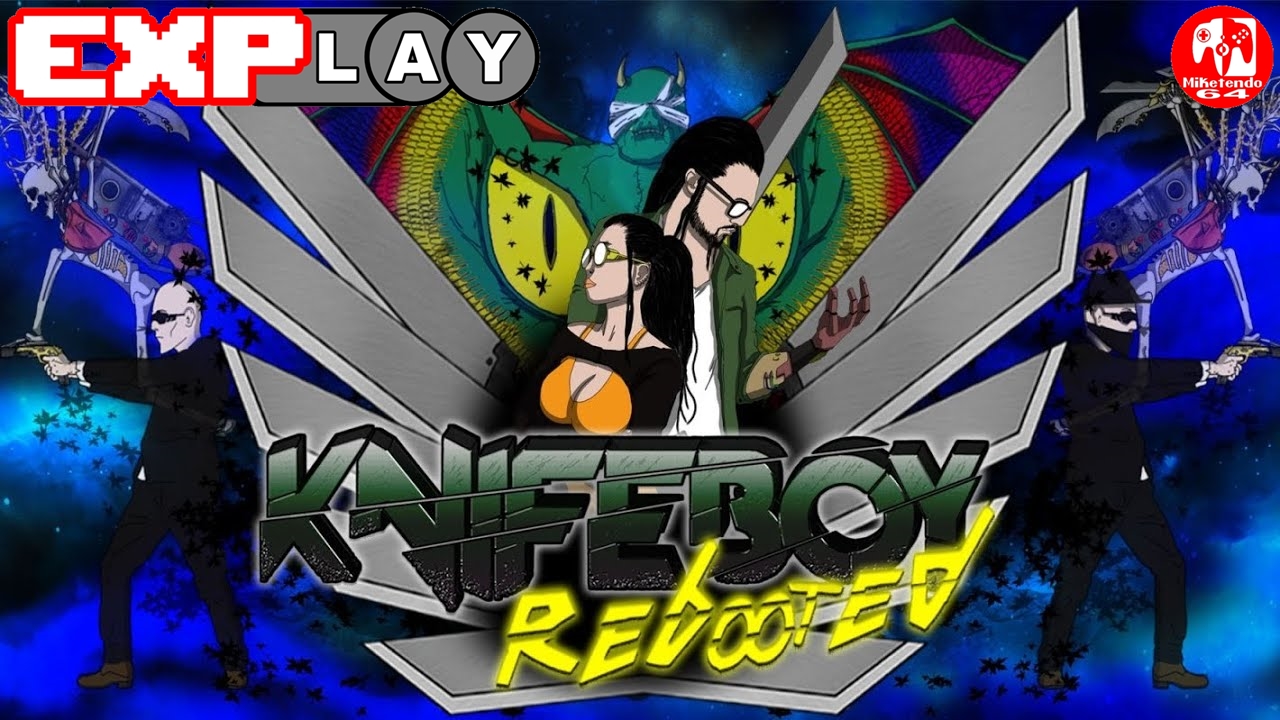 Welcome to EXPlay, (Explain & Play) the review series where we care not for scores but tell it how it is when it comes to every game we get our hands on, whilst also taking the time to include some lengthy gameplay, to give you the reader, the chance to shape your own impressions and views whilst watching and reading. In this installment, we’re covering Knifeboy Rebooted by developer RunicCodes.

Knifeboy Rebooted is a 2D Action-Adventure game by RunicCodes, the lone developer behind the Red Colony series. The game was first released under the title of Knifeboy on Steam back in 2019. After its first release on Steam, the developer got to work on the Red Colony series which launched on both Nintendo Switch and later on Steam. With more experience in game development under their belt, RunicCodes revisted their first game to implement features and fixes they couldn’t add in before and now Knifeboy Rebooted joins its Red Colony kin on Switch.

Knifeboy Rebooted takes place in an alternative Nevada where Knifeboy, a leader of a group of rebels took down The New World Order but is slain soon after by someone he trusted. With the Rebels without a leader and the New World Order falling from power, a new regime decides to take advantage of the world in chaos. That regime is Anonymous.

Though Knifeboy was killed, a scientist by the name Dr. J with the means to bring people back from death, resuscitated Knifeboy and advised him of the new threat and that they have imprisioned the hero’s partner Blue. It is up to Knifeboy to rescue his partner and stop Anonymous and their nefarious ways.

So, before we continue with the rest of the EXPlay, let us first address the elephant in the room that is “why is Knifeboy called Knifeboy?” Well, it’s not because he has a penchance for using knives or due to Edward Scissorhands already being taken. It is because the protagonist has a great big knife blade protruding from his head (kind of like Chainsaw man).

Back on point, for those who have played the Red Colony games, you may expect Knifeboy Rebooted to be of a similar gameplay style. While the visuals and character sprites may be quite similar, the gameplay is very different with Red Colony being more in the vein of a “survival horror” and Knifeboy Rebooted being more of an action platforming Metroidvania.

The world of Knifeboy Rebooted is basically like one great big map with multiple areas branching off from a single central location. You start more or less in the central area and you have to explore the surrounding areas for golden cogs which are needed to reach the final boss. You have some kind of freedom as to where you want to go but some areas require special power-up skills like double jumps, high jumps, and/or gliding in order to reach them. This means that you will have to go to some areas first in order to get the necessary power up so you can progress further elsewhere.

Movement is restricted to the D-pad meaning that the Joysticks are not used at all. This is intended by the developer so that the game is played like that of the early Metroidvania games of the 80’s and early 90’s. As for some of the other controls, you can attack enemies with Y, press B to jump and X will allow you to do a special attack.

One thing that is a part of the game is sequence breaking. You may notice that some bosses can be skipped completely in order to collect their cog and there are some sections that can be cheesed if you time your jumps well after a spin attack. The developer has advised us beforehand that this is intentional so that speedrunners can take advantage of these sequence breaks and players who are having a tough time with a particular boss can just avoid it entirely.

As this game is a reboot of the original, there are some new features that have been added. For example, a shop has been added so players can purchase potions, upgrades and weapons. The day/night cycle has been removed to streamline the game and the UI dialogue system has been revamped. It also has language support for eight languages and new 2D light sources.

Knifeboy Rebooted is actually pretty fun and engaging. The main game is about 4-6 hours long but there are plenty of collectibles and hidden secrets to find. One such collectible are comic books. These comic books help expand on the game’s lore and history. There are also a number of Easter Eggs to other games that Knifeboy Rebooted takes inspiration from (see the accompanied screenshot below) as well as an Easter Egg to RunicCodes’ Red Colony games.

As Metroidvania games go, Knifeboy Rebooted is actually pretty good and while it may have some jankiness (some intentional, others not so much) it is still a solid game and one worth adding to the Switch Library. Fans of RunicCodes other games should certain get a kick out of this game on Switch and even though it doesn’t have a well-bosomed female lead in skimpy attire, it doesn’t need to as the gameplay itself is more than enough to keep fans engaged. Knifeboy lives again!