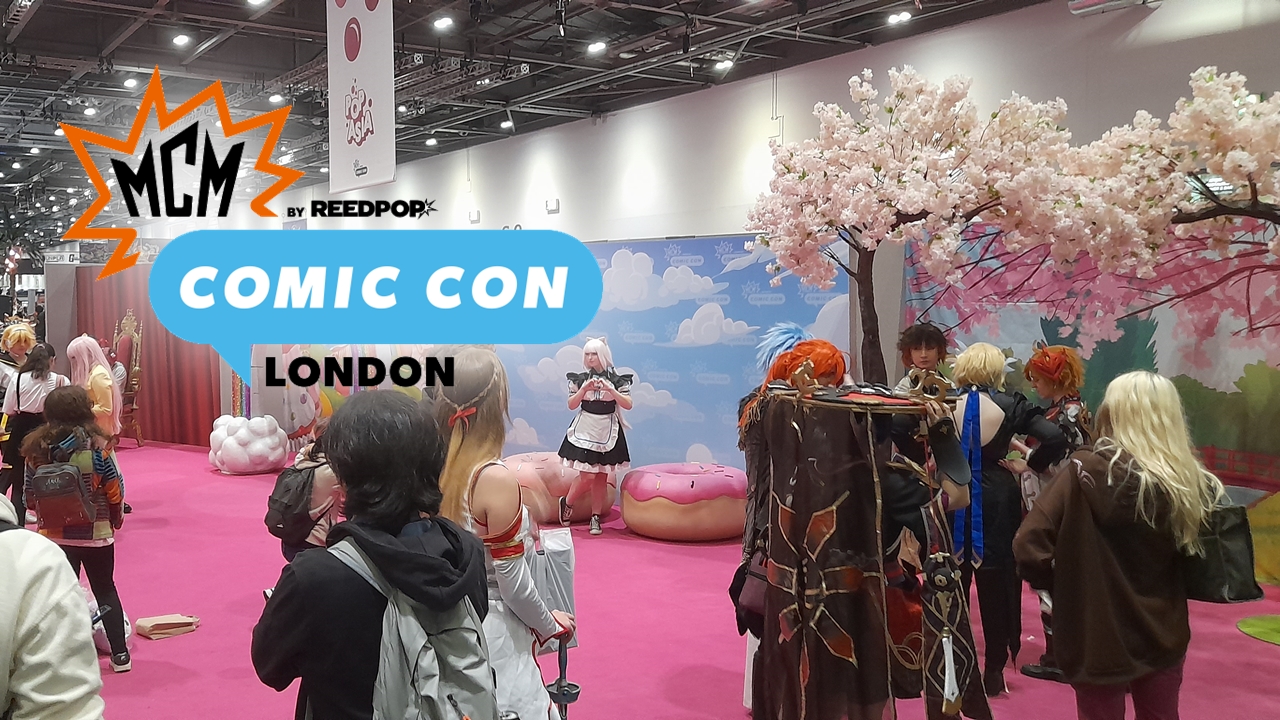 MCM Comic Con London 2022 was in full swing this October and we were lucky enough to attend for the second time this year (having also attended the event in May as well). I had such a great time last time with my partner and our family and was rather looking forward to see how the October MCM Comic Con London would trump it.

Right from the get go before setting foot in the venue, things were not going the way that I had hoped to have started. Last time I attended MCM ComicCon London, I arrived via DLR (Docklands Rail) but this time I arrived by car. The car was parked in the venue’s car park and I must admit that it was quite pricey. It was a flat day rate of £20. It was for the whole day and we were in London after all but still, we were only there for a few hours in the afternoon (about three at the most).

As I was still in the car park, I followed a group of people to what I believed was the downstairs entrance to MCM Comic Con London. It was affirmed to be true but it was only entry for those who had already picked up their badges or had them delivered to their homes. Because I was yet to pick up my own badge and had a QR code on my phone, I was made to walk quite literally the entire perimeter of the ExCel building.

The building was huge and took a good 15-20 minutes walking to reach the entrance for MCM Comic Con. This was partly my own fault because I had come by car and was parked on the far side of the building. If I had come on the DLR and got off at Custom House, it would have been a far shorter walk as the entrance was close to the train station.

Anyhow, when I finally reached the entrance, I was able to pick up my entry badge and lanyard. Due to arriving in the afternoon, there were no long queues so waiting to pick up my badge did not take long at all. Once I was inside, I was enthralled by the sheer size of the event itself. MCM Comic Con London is huge!

Now, I know that I said that I attended the event back in May but it seemed even bigger this time around. To put it into comparison, if any of you have attended EGX, you will know that it usually occupies one side of the ground floor. Well, MCM Comic Con takes up the entire ground floor and there were three times the number of people here in attendance.

It was truly a sight to see which is just as well because there was a lot to see. Being a Pop Culture convention, MCM Comic Con covers all kinds of media from comics, books and Manga to television, cinema, anime, and even videogames. Cosplay was also heavily encouraged and it was incredible to see so many people in costumes and outfits that they have either bought as is or have painstakingly designed and put together themselves.

As with previous editions of MCM Comic Con, there was a large variety of famous guests who were doing panels and autograph sessions. There was a Doctor Who panel with classic Doctor Who stars Colin Baker, Peter Davidson, and Paul McGann. Some of the cast of Smallville including Tom Welling, Erica Durance and Laura Vandervoort also had a panel.

Even big screen actors like Michael Sheen, John Rhys-Davis, Tom Sturridge, and Anthony Daniels were also at the event. If there is one thing that MCM Comic Con does well, it is providing fantastic opportunity for fans to meet their favourite actors and stars and this year was no exception.

One thing I have to point out was the sheer number of merchandise stalls. They basically covered about 70% of the whole show floor and the variety was plentiful. There were T-shirt stalls, Comic stalls, DVD box sets of various Anime and Manga stalls. Not to mention, Retro Video Games stalls, Card Games and Board Game Stalls, and some people were selling prints.

The official Bandai Namco UK stall was also there and had a bunch of cool stuff like action figures and characters from their published video game titles. There was just so much choice and if I had a spare £1,000 in my pocket (or in the bank for that matter, I would have easily have blown it all in minutes as there was so much stuff that I would have loved to have bought.

What I did find somewhat surprising was the fact there were Video Game booths here at Comic Con curated by SEGA and Bandai Namco. Now it might not be so surprising for Bandai Namco to have demos of their games at the event when they also have a merchandise stall there but the last couple of times, I didn’t see any of the big video game companies having booths and it seems like this year was a first.

It was a pleasant surprise to see them here and with ATLUS’ Persona 5 Royal recently released on Nintendo Switch and SEGA’s upcoming release for Sonic Frontiers, I can see why they were at the event as it would certainly help increase the interest of gamers in attendance. Bandai Namco also had a dedicated booth with a good number of their recently released games on consoles and PC as well as a demo for the upcoming One Piece Odyssey releasing next year.

All in all, MCM ComicCon London 2022 was a brilliant experience. I may not have had the best of starts with being charged quite a high parking charge but as for everything else, it was absolutely brilliant and I couldn’t really fault it. I hope that the organizers of MCM ComicCon (ReedPop) will continue to improve on the event and make it even bigger and more spectacular with every future iteration of the convention.