Oct 7, 2022 Bayonetta 3, Factorio, New Tales from the Borderlands, Yomawari: Lost in the Dark 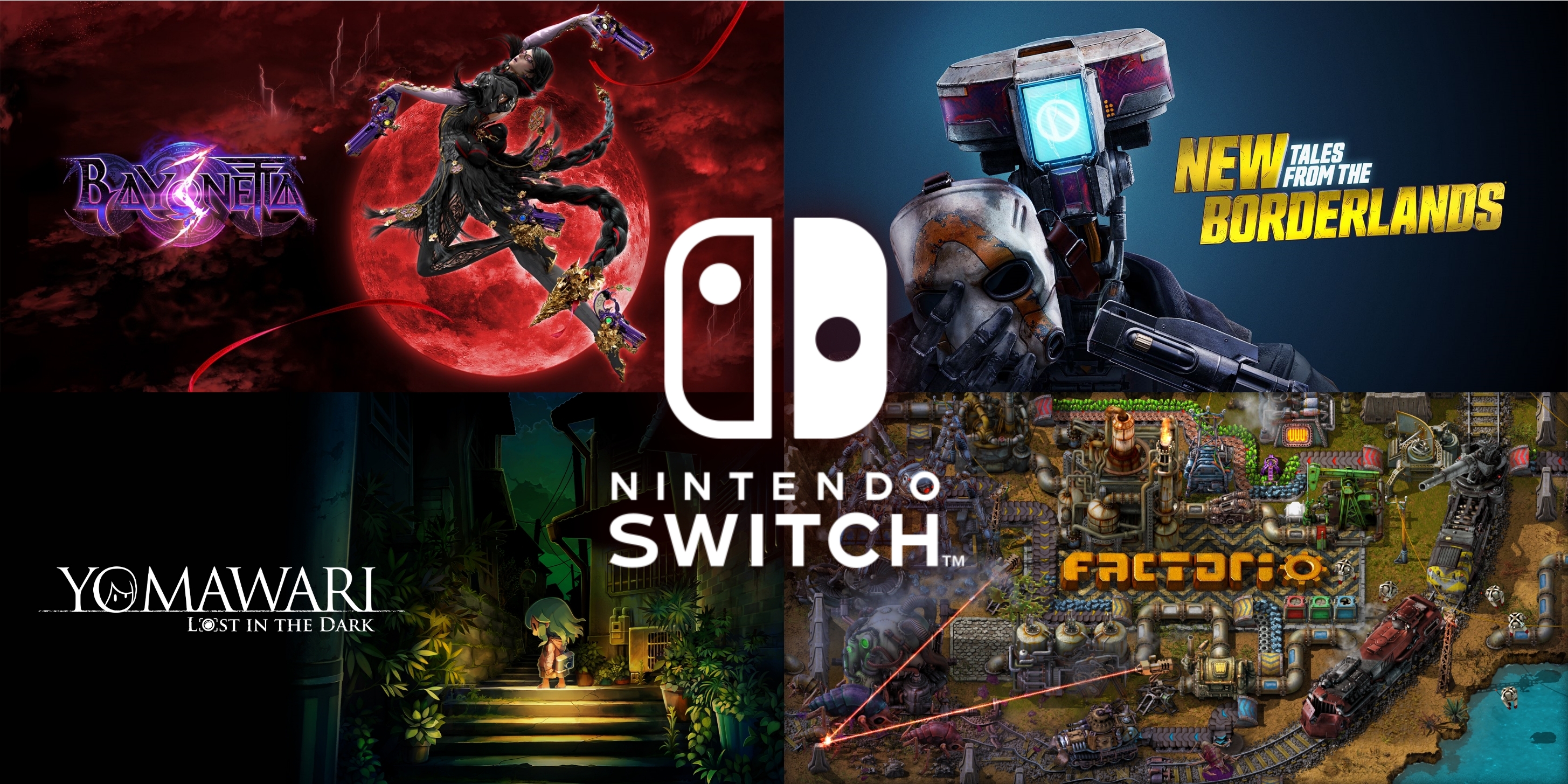 To combat this dreaded issue, we have gotten into the habit of highlighting the many games that are on their way to Switch and first up, we’re highlighting 16 games that are releasing this October, but so as not to overwhelm our readers, we are going to be highlighting four games a day, for the next four days. Having already covered the likes of Guardian Tales, NieR:Automata: The End of YoRHa Edition, LEGO Bricktales, MARIO + RABBIDS SPARKS OF HOPE, Persona 5 Royal and so many more, welcome to the final instalment. This is Part 4:

Within the perpetually war-torn metropolis of Promethea, you’ll control Anu, Octavio, and Fran on the worst day of their lives. Help these three lovable losers as they endeavor to change the world (and maybe even save it)!

It’s time to fight back against exploitation and corporate greed. It’s time to make Mayhem your business.

A young girl must explore a haunted town and search for her missing memories in order to break a curse. She’ll have to rely on only her wits, cunning, and a well-placed hiding spot or two to evade the twisted ghosts that wander the streets.

Factorio is a game in which you build and maintain factories. You will be mining resources, researching technologies, building infrastructure, automating production and fighting enemies. In the beginning you will find yourself chopping trees, mining ores and crafting mechanical arms and transport belts by hand, but in short time you can become an industrial powerhouse, with huge solar fields, oil refining and cracking, manufacture and deployment of construction and logistic robots, all for your resource needs. However this heavy exploitation of the planet’s resources does not sit nicely with the locals, so you will have to be prepared to defend yourself and your machine empire.

Join forces with other players in cooperative Multiplayer, create huge factories, collaborate and delegate tasks between you and your friends. While the core gameplay is in the form of the freeplay scenario, there are a range of interesting challenges in the form of Scenarios. If you don’t find any maps or scenarios you enjoy, you can create your own with the in-game Map Editor, place down entities, enemies, and terrain in any way you like.

All details regarding the games above were true at the time we sourced them directly from Nintendo’s own website. If there are any changes between now and each game’s eventual release, we apologize in advance and we hope you have enjoyed the selected titles so far. We hope you have enjoyed our deep dive into games releasing this October and if you’d like us to do the same next month, please let us know in the comments below.