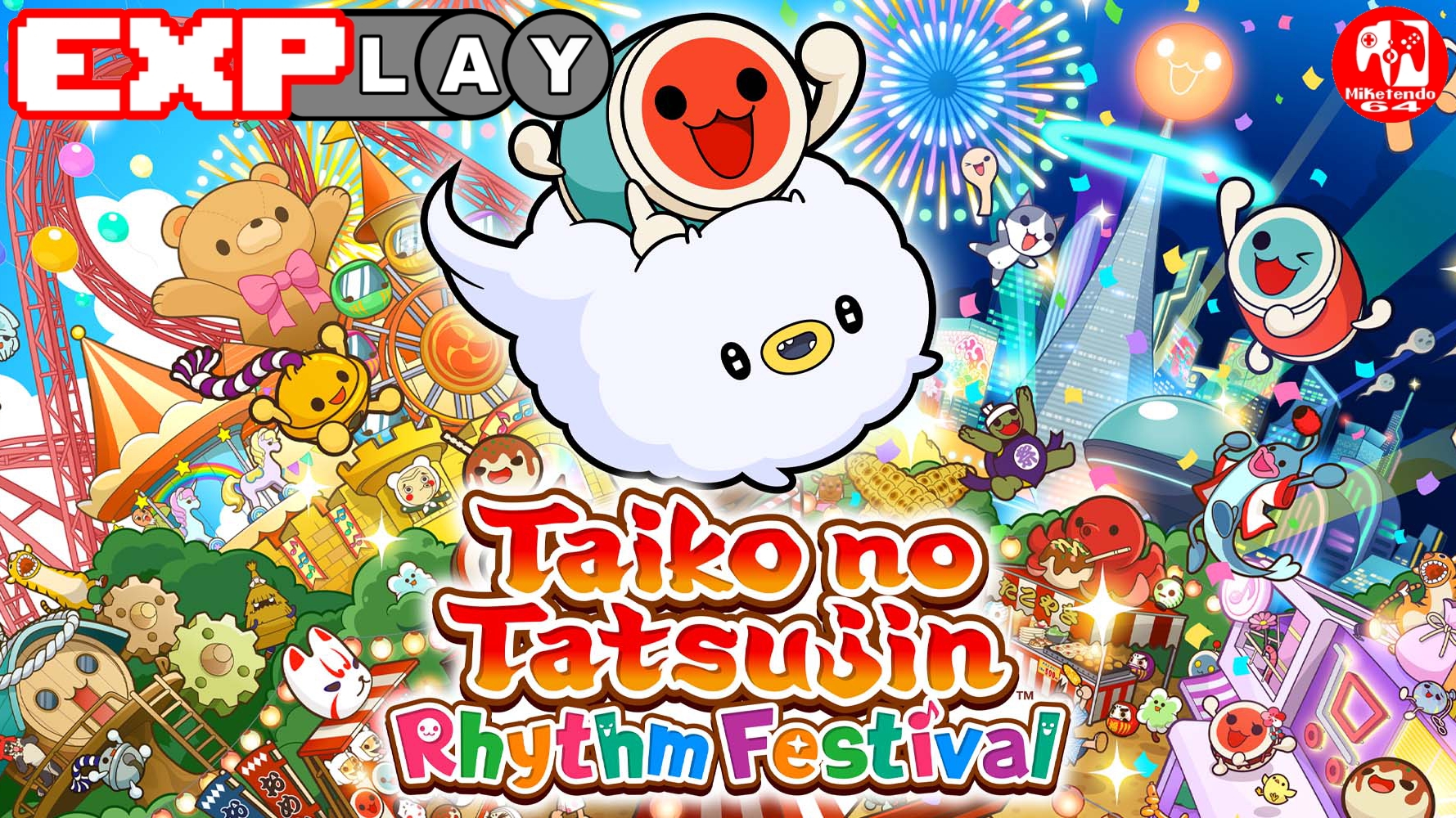 Welcome to EXPlay, (Explain & Play) the review series where we care not for scores but tell it how it is when it comes to every game we get our hands on, whilst also taking the time to include some lengthy gameplay, to give you the reader, the chance to shape your own impressions and views whilst watching and reading. In this installment, we’re covering Taiko no Tatsujin: Rhythm Festival from Bandai Namco.

As a series that dates as far back as 2001 but has had so many instalments, it’s already in double figures, once again, it is time to drum to the beat of Taiko no Tatsujin, as. BANDAI NAMCO Amusement Inc. has served up a brand-new instalment in the form of Taiko no Tatsujin: Rhythm Festival.

Like the games that have come before it and will most likely come after it, Taiko no Tatsujin: Rhythm Festival is a rhythm game. The gameplay sees players taking control of a simulated taiko drum and tasks them to conduct the correct inputs that correspond to the correct notes that appear on screen, scrolling from the right-hand side travelling to the left.

There is a spirit gauge present and playing your taiko drum at the correct times, in tune with the beat, will help you score higher and fill the gauge accurately enough to successfully clear each song. Of course, to add some replay to each song, there are four difficulties available and players are scored based on their performance and players are free to beat their current records any time they wish to do so.

There are several ways players can choose to play Taiko no Tatsujin: Rhythm Festival, with a Pro Controller being one of them, which then heavily relies on the correct button inputs for the associated notes, be them blue, red, big, small, long or just a hammer. Then, of course, when playing with a friend as local co-op is supported, one player needs to focus only on the red notes while the other focuses on blue.

Story wise, Taiko no Tatsujin: Rhythm Festival introduces us to Omiko City, where our lovable hero DON-Chan becomes friends with Kumo-kyun and attempts to become a Taiko Master. Where story progression differs from what one would normally expect, it is based on the fact that to read through the game’s chapters and play the associated missions, you are free to play any of the game’s modes.

Be it the main event itself, Taiko mode, where players can access any of the game’s 76 base songs with more available by either purchasing them separately or picking up a music pass, or you could undertake Online Ranked Matches. Here you can battle against other Taiko no Tatsujin: Rhythm Festival players all over the world, or you can resort to the likes of DON-chan Band. This is a mode where up to four players can work as a group, each playing a different instrument as you work together to perform a flawless festival.

Last but not least, there is also the Great Drum Toy War, a mode where players can collect toys and take them into battle whilst playing the Taiko drums and hoping to achieve victory. Each toy has a specific function and could be the very thing you need to turn the tide of battle to your favour. Plus, there are so many to collect you’ll soon be mixing and matching your teams in no time at all.

Regardless of what mode you play, players can earn coins and Taiko points based on their performance and when enough points have been acquired, they can use the skill points to level up, advancing their story progression, unlocking new chapters, stock for the store or just obtaining more coins for buying said stock.

With the shop available, players can use it to purchase new toys, new mini characters that can accompany DON-Chan in everything they do, and acquire new greetings. You can also obtain new banners and attire that DON-Chan can wear on its body and its head. What’s more, there is such an impressive line-up of customisation at play that even when you reach Drum Level 200, you’ll still be discovering new customisations.

It is worth mentioning that while the game’s base selection of music tracks does offer a decent variety, to truly get the best music experience from the entire game is to take full advantage of a music pass, to give one access to more than 500 tracks. At least this way, be you a fan of Persona, Dragon Ball, Pokémon, Sailor Moon, Kirby or original Namco compositions, there is something for everyone to enjoy and enjoy you shall.