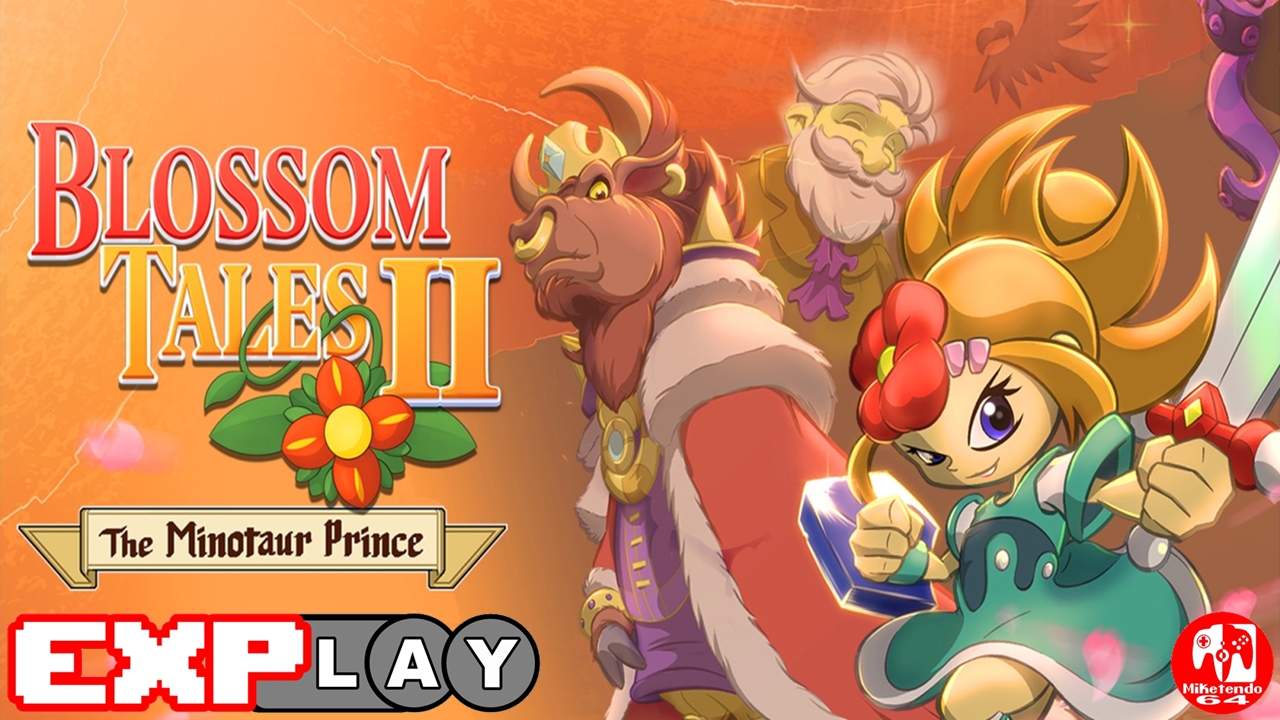 Welcome to EXPlay, (Explain & Play) the review series where we care not for scores but tell it how it is when it comes to every game we get our hands on, whilst also taking the time to include some lengthy gameplay, to give you the reader, the chance to shape your own impressions and views whilst watching and reading. In this installment, we’re covering Blossom Tales II: The Minotaur Prince by developer Castle Pixel.

In Blossom Tales II you once again control Lily on an incredible adventure through towns, beaches, and mountain tops, all in search of her brother. Early on in the game, I had to collect items to enter into a sword fight to prove my strength. Talking to townsfolks and engaging in some mini-games led to a battle that brought to the forefront the Minotaur King who quickly kidnaps your brother. Lily then travels looking for clues to her brother’s whereabouts and sets out on a quest to find him and bring him to safety.

Like any good action-adventure game you need to acquire items to aid in combat and help keep Lily alive. NPCs will give you quests and ask for your help requiring you to travel through each area of the map and uncover secrets. In my first hour or two EXPlay coverage, I found the dialogue to be fourth wall-breaking and funny.

In my early hours of playing, I got to go through a dungeon and fight a boss battle. The gameplay and puzzles were very well done and reminiscent of Links Awakening and A Link to the Past. The art direction and style also harken back to pixel Zelda adventure games and look great on the Switch.

You control Lily with the L-stick and can dodge roll with X. B, Y, and A can have items assigned to them so you can quickly access your sword, shield, or other useful tools in solving puzzles. Lily does have a stamina bar which will be used up as you roll, throw bombs, and use other items. You can also navigate your map and inventory with + and – to pan around the land and select items to use.

Overall, Blossom Tales II: The Minotaur Prince looks to be on par if not exceeding the first game in the series. There is a lot of charm and story yet for me to uncover but from what I played so far; I would have to say the game is already one of my favorite indie games on the Switch. If you are looking for a Zelda-like experience, check this one out.