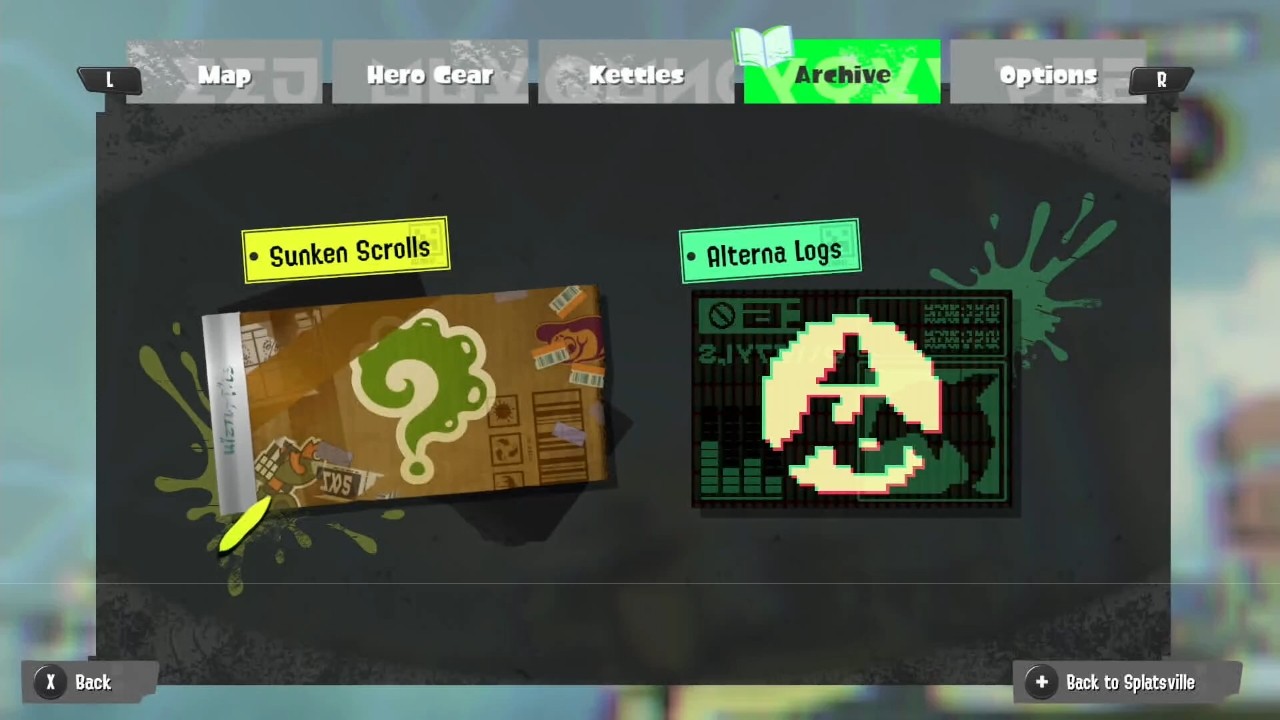 After pulling ourselves away from Online Turf War and Salmon Run, we have managed to sink some time into Splatoon 3’s Story Mode. Like in previous iterations of the game, there are Sunken Scrolls to be found in the game that provide cool details that expand on the game’s lore. Splatoon 3 is no different and Sunken Scrolls make a return but they are now found in the hub area for each site as opposed to hidden in the game’s levels.

Now, normally we would write a guide in how to get them and where to find them but Splatoon 3 makes it so easy to find them by highlighting the area with a green glow on the map which indicates something is hidden nearby. Sure, sometimes it can just be eggs, an item for your locker, and other miscellaneous goodies but Sunken Scrolls are still much easier to find this time around.

So, instead of writing a length guide. We have recorded gameplay of the Sunken Scrolls gallery as well as a separate video of the Alterna Logs which further expand on the game’s lore and includes key information on the origin of the inklings and a certain well-known CEO.

You can watch both videos below.

What do you think of the game’s expanded lore? Does it raise more questions than answers? Where do you think the game’s story will go next? Do let us know in the comments.