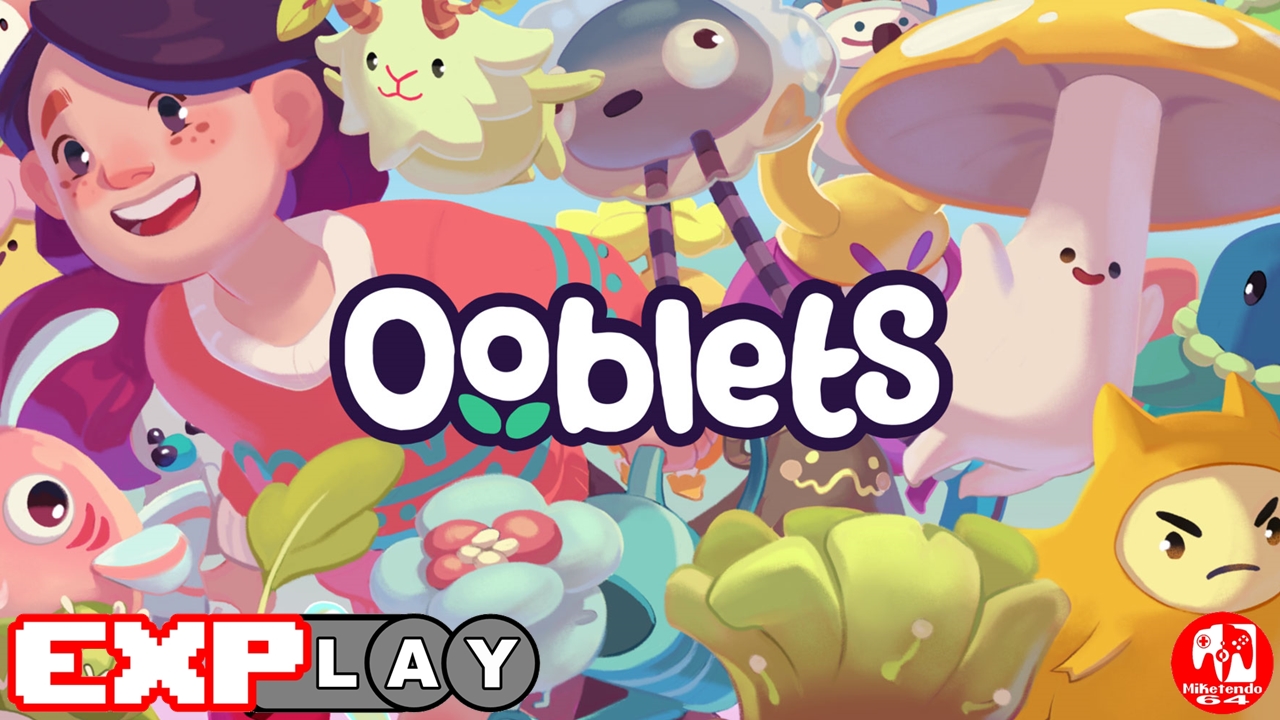 Welcome to EXPlay, (Explain & Play) the review series where we care not for scores but tell it how it is when it comes to every game we get our hands on, whilst also taking the time to include some lengthy gameplay, to give you the reader, the chance to shape your own impressions and views whilst watching and reading. In this installment, we’re covering Ooblets by developer Glumberland.

Ooblets is basically a mix of Animal Crossing, Star Dew Valley, Story of Seasons, and a dash of Pokemon, sugar, candy, and a soundtrack that will have you bopping along. You play as a newly arrived denizen to the land of Oob and Badgetown. In Badgetown small creatures called Ooblets will need acquiring to your team as you are met with dance challenges.

Your main gameplay loop consists of building up your residence, a farm left in your care by the mayor of Badgetown. You will need to plant seeds and farm items and Ooblets to care for your growing plot of land, as well as, have them join your team so you can take on grander dance battles. Inside your residence, you can earn more and more gummies (the town’s currency) to purchase furniture, clothing, and accessories.

Battling in Ooblets is done via a card battle system. Your task in dance battles is to score the set amount of points before your opponent. Each card you play uses beats, which you have a limited amount of during each of your turns. The main idea here is to use the cards you draw that will get you the highest number of points, while also using modifier cards that can decrease your opponents points, hype up your team, or other modifiers. At the end of a dance battle you get awarded a seed and can then grow that newly acquired Ooblet and recruit them to your team. The mechanics in the dance battle are simple, but maybe too simple, as I found strategizing usually amounted to the luck of the cards drawn.

While you move about Badgetown you will come across some of the zaniest of characters. Various ones have story missions that will keep progressing things forward. Early on I met the mayor which is where many of your tasks come from, but I also met a scientist, store owners, a town trading booth, and more. Each of these tasks you come across can be managed through your logbook which makes figuring out what things you need to do and when easier to keep track of.

Ooblets is a game brimming with charm, humor, and at times self-referential segments that keep reminding you that it’s a game that is meant to be cozy and fun, while also understanding the tedium that can come with video games and gameplay loops. There were a few moments that had me laughing out loud.

Earlier I mentioned that Ooblets has a dash of sugar and candy. What I mean by that is the visual style of Ooblets is one of the most colorful and striking games I have seen in ages. The characters are all unique in their appearance and designs, helping them to stand out from each other. The interface within the game is colorful and buttons and prompts pop off the screen. The simple minimalistic style of the game also helps it to look and feel the same on all platforms and the Switch seems like a great home for the game.

Overall, the loop within Ooblets feels like a fun romp through a story-driven game world ripe with character, farming, and chill dance beats. It’s hard to see in my first 2 or 3 hours of gaming how much the story will change as the main tasks in the game begin to build to something more, but initially, the fun and creativity of Ooblets will keep me coming back to its world. If you are a fan of Animal Crossing, Star Dew Valley, and other simple life sim style games, pick up Ooblets for the Nintendo Switch. You will love it!