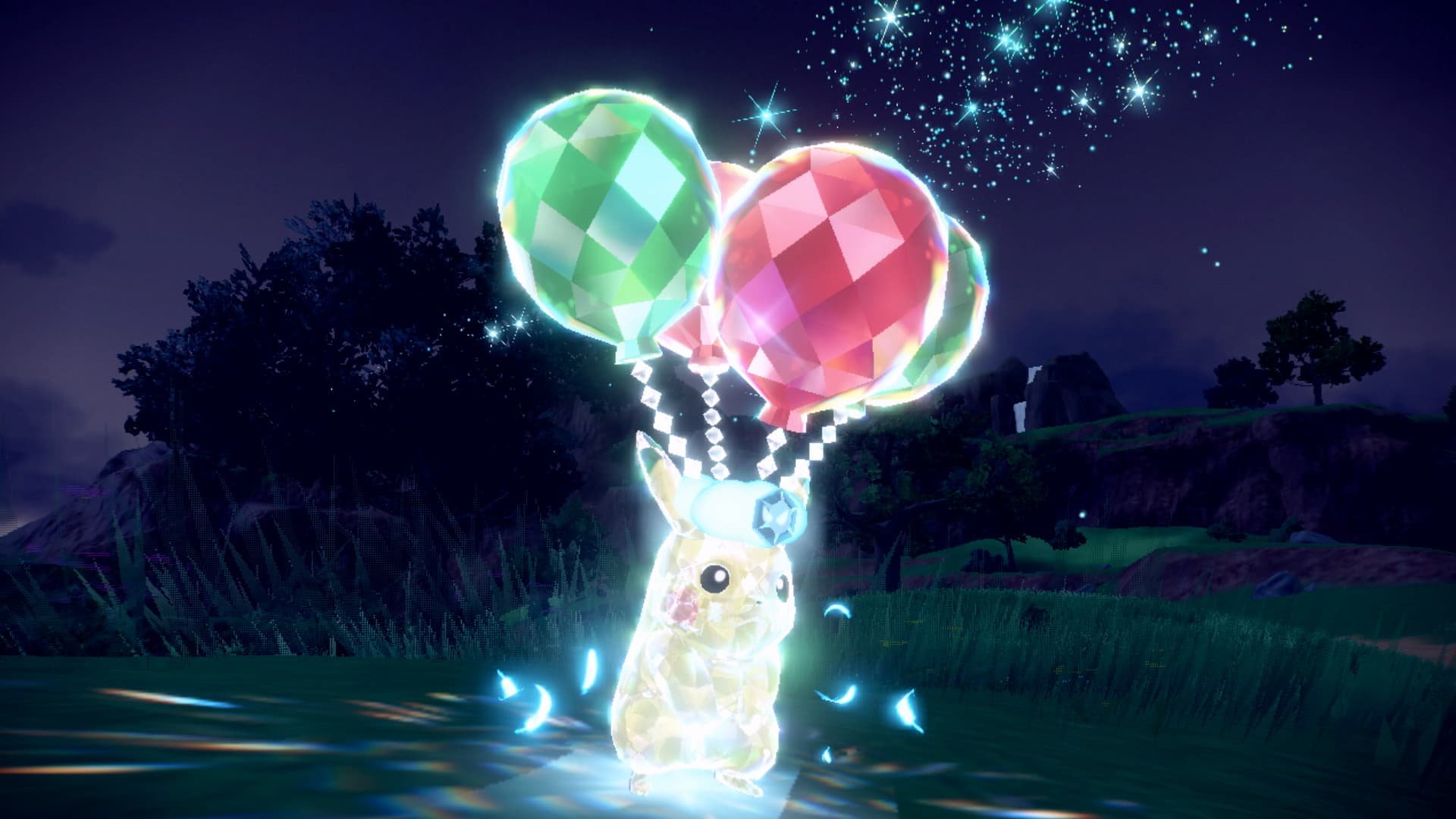 After months of near silence, thanks to today’s Pokémon Presents, plenty of information has been shared regarding the upcoming Pokémon Scarlet and Pokémon Violet. Among them is news the game’s main Terastal Phenomenon. With it, Pokémon are able to take on a crystal-like appearance, which can even change their type in battle.

As such, the first Mystery Gift distribution for Pokémon Scarlet and Pokémon Violet has been announced, and it concerns a Flying-type Tera Pikachu. In order to obtain the Pikachu, players need only to pick up the game before February 28, 2023 and play between one to two hours, in order to unlock the Mystery Gift function.

The official news for this announcement can be seen below:

Receive a special Pikachu as an early-purchase bonus!

By purchasing Pokémon Scarlet or Pokémon Violet early, you will receive a special Pikachu as a gift.

This Pikachu has two unique characteristics:

You can receive it by choosing Get via Internet from the Mystery Gift feature in your game, up until Tuesday, February 28, 2023.

* Note: You will need to connect your Nintendo Switch system to the internet to claim this early-purchase bonus.

The user profile on your system will need to be linked to a Nintendo Account in order to connect to the internet. (This does not require a paid Nintendo Switch Online membership.)

It takes approximately 1 to 1.5 hours of play time before you can access the Mystery Gift feature to input the serial code.

This special Pikachu can be received in either the retail version or the downloadable version.